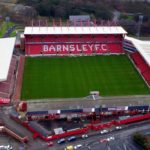 Following on from an investigation conducted by the City of London Police’s Fraud Squad, a former assistant manager and two football agents have been found guilty of accepting and paying bribes to facilitate the transfer of players at Barnsley Football Club.

On Monday 16 December at Southwark Crown Court, football agents Giuseppe Pagliara (64, of Higher Croft, Whitefield in Manchester) and Dax Price (48, of Susans Lane in Upchurch, Kent) were found guilty of one count of paying and facilitating a bribe and one count of offering a bribe.

The presiding Judge in the case was His Honour Judge Jeffrey Pegden QC.

The date for the sentencing of all three men will be set on Tuesday 17 December and is likely to be at some point early in the New Year.

In September 2016, the City of London Police’s Fraud Squad was provided with information by national newspaper The Daily Telegraph about various football agents who were thought to be facilitating bribes with individuals at football clubs between 4 May 2016 and 30 September 2016. The information was reviewed by detectives and a criminal investigation duly launched in November 2016 into the dealings of Pagliara, Price and Wright.

The three men were interviewed on a voluntary basis between December 2016 and April 2017. They were then charged with bribery offences on 31 August last year after detectives reviewed over 100 hours of video and audio recordings made by undercover journalists. These recordings showed that all three men were involved in offering and taking bribes for the placing of players at Barnsley Football Club.

Additionally, Wright supplied confidential information regarding the contracts of players already at the club.

DC Chris Glover from the City of London Police’s Fraud Squad stated: “Pagliara, Price and Wright are corrupt individuals who abused their positions within the football industry for their own financial gain. This has been a long and complex investigation and we’re pleased that justice has now been done. Bribery and corruption are extremely serious offences. The City of London Police will continue to strive to bring those involved before the courts.”

DC Glover concluded: “The City of London Police would like to thank The Daily Telegraph, the Football Association, the Crown Prosecution Service and also Barnsley Football Club for their assistance with this case.”