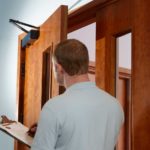 The British Woodworking Federation (BWF) is standing firm in its view that the only way in which to address the “legacy of fire door neglect” is through rigorous product testing and third party certification. The Ministry of Housing, Communities and Local Government’s (MHCLG) fire door investigation has further evidenced this belief, with testing to date finding that timber fire doors consistently deliver on their performance promises.

Many BWF members who have had their fire doors put through the Government-commissioned fire resistance tests have reported exceptional protection. Fire doors that are marketed to reach at least 30 minutes of performance have exceeded the standards by a significant margin.

Through the BWF’s Fire Door Alliance, the organisation works to improve the quality, safety and traceability of fire doors. The BWF often sees non-certified fire doors that are not fit for purpose which is both alarming and unacceptable as they simply will not fulfil their essential role of preventing the spread of fire and smoke and keeping escape routes clear. 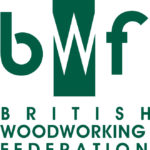 The problems are deep rooted, whether it be concerning the use of uncertified, incompatible and non-fire-resistant components, poor fitting or the inadequate maintenance of fire doors. Essentially, the collective mission is to ensure that, through third party certification, it becomes the norm that compliant and high quality products are placed on the market.

The BWF states: “Fire safety is simply not a nice to have. It’s an urgent priority to ensure that another atrocity like Grenfell Tower never happens again. With the Fire Door Alliance, we have been campaigning for greater fire safety for decades – including starting the Fire Door Safety Week national awareness campaign seven years ago. This initiative raises the profile of fire door issues by working to inform, educate and call for change. Importantly, it also generates awareness of how fire doors protect occupants, buildings and fire fighters.”

The Government is rightly focused on providing communities with greater protection through the implementation of its much needed ‘Building a Safer Future’ Plan. The introduction of a more effective regulatory framework and greater accountability, supported by clearer standards and guidance, will create what the BWF references as “a more responsible building industry”. Product safety performance and traceability will be key, with testing and certification intrinsic when it comes to driving this forward.