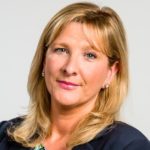 The revised Health and Safety sentencing guidelines introduced in February 2016 have delivered greatly increased fines for offences across all sectors in England and Wales. Here, Helen Devery, head of health & safety and partner at law firm BLM, explores the impact the guidelines continue to have on organisations and their employees.

In February 2016, the Sentencing Guidelines Council introduced new sentencing guidelines for Health and Safety offences in the workplace. Organisational safety was put into sharp focus and hefty fines were promised for those companies failing to protect employees against known and preventable safety risks.

The guidelines require courts to consider culpability, as well as the seriousness and likelihood of harm caused or risked, together with turnover. A business with an annual turnover in excess of £50 million could face fines of up to £10 million for the most serious offences, while corporate manslaughter charges could well see fines reaching the £20 million mark. In the three years since the guidelines were introduced, the ten highest fines handed down total £30.4 million.

One size doesn’t fit all

Larger organisations have grabbed the headlines for these huge fines, with the £5 million fine handed down to Merlin Attractions Operations Ltd in the wake of the Alton Towers ‘Smiler’ rollercoaster incident that occurred in June 2015 being the highest fine to date. However, the majority of prosecutions have been against much smaller businesses that have lacked the manpower or financial resources to equip themselves with well-structured safety management systems.

Fines are commensurate with turnover and, while smaller businesses rarely face £million fines, they can be subject to fines running into the hundreds of thousands of pounds. Micro-business Avon Joinery Limited (turnover: £701,703), for example, faced a huge fine of £230,000 – a potentially catastrophic amount of money for the organisation – when an employee’s finger was severed after his hand came into contact with a circular saw. No court sets out to destroy a business, though. Its ability to remain viable following a fine is taken into consideration. However, this doesn’t mean that the fine will not be punitive. The impact must be felt across the business.

The assessment of culpability can increase the size of a fine considerably as there’s a sliding scale from low to very high with the varying bands of fines being huge in some cases. The likelihood and risk of harm is also considered on a scale with the highest risk of harm being death or catastrophic injury, right down to those injuries from which people recover without any issue. The combination of the category of harm and the culpability of the business can mean that very large companies with the high culpability and high harm categories will easily face a fine running to several millions of pounds if mitigation isn’t accepted.

Last summer, the Sentencing Council announced revised sentences for individuals convicted of gross negligence manslaughter which was excluded from the 2016 guidelines. The new guidance adopts a more punitive approach towards sentences with the most serious cases seeing individuals facing up to 18 years in prison.

Significantly, the sentences are retrospective, so will apply to all cases heard before the courts after November 2018, irrespective of the date of the offence itself.

Every industry carries its own unique set of hazards, with all of them increasing the risk of harm. This was a key development in the guidelines, as the risk of harm is considered irrespective of whether an injury has occurred. In practice, this means that a system of work which exposes employees to risk is vulnerable to a prosecution. The more employees who are exposed is taken into consideration, as is the length of time that the risk has existed.

Whether you’re a business which involves the operation of large machinery, providing a public service or running a hotel, there are many and varied aspects of risk.

Agriculture presents risk such as lone working frequently in remote outbuildings or fields, as well as the risk from cattle and heavy machinery. The largest fine handed down in agriculture to date was to G W Topham & Sons, an agri-business which was ordered to pay £400,000 following the death of an employee in a tractor incident.

In the manufacturing sphere, employees are at risk when working at height or with complex machinery. Tata UK Ltd was fined £1.98 million after two employees lost fingers and hands after a machine was inadequately guarded. The business was sentenced under Section 2 of the Health and Safety at Work Act 1974.

Ignorance is no defence in relation to any prosecution irrespective of the size of the business. Organisations must be proactive and reactive in terms of risk assessments and training. Reviewing the adequacy of policies and procedures and responding effectively to near misses to prevent future incidents are all important features that should underpin what a good safety management system looks like. The fines and penalties are here to stay and we will inevitably see more directors in the dock now that the sentencing guidelines have more ‘teeth’ for dealing with individual manslaughter cases.

In some companies, a culture of confusion – or even disinterest – can exist in response to Health and Safety regulation. It is, therefore, vital to tackle this culture from the top down and manage regulations in a proactive manner which leads to real change for the safety of staff.

The last three years have sent a stark message across all sectors. Engagement with safety issues and education across industries is key to ensuring that safety statistics improve across the board. Managing risk is a priority – full stop.