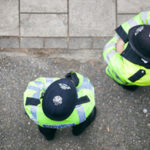 Changes to the terrorism threat level system came into effect on Tuesday 23 July. The changes, which follow an extensive review into the country’s approach towards dealing with counter-terrorism following the attacks in 2017, mean that the system will now reflect the threat posed by all forms of terrorism, irrespective of ideology.

In his last act as Home Secretary before being replaced in the role by Priti Patel as part of new Prime Minister Boris Johnson’s first Cabinet, Sajid Javid said: “Our approach to stopping terrorists is the same, regardless of the twisted ideology that motivates them. While the Islamist threat remains, we have recently seen an increase in terrorist activity motivated by the extreme right-wing. It’s therefore important the public is properly informed about the threats we face, which is why we’re making these changes.”

The changes come after the joint police and MI5 Operational Improvement Review which followed the 2017 attacks. Based on recommendations made in that review, the Joint Terrorism Analysis Centre (JTAC) began assessing the threat from all forms of terrorism in November last year. Now, the published threat level will reflect JTAC’s assessment.

At present, the level of threat posed has not changed from SEVERE, meaning that an attack on the UK mainland is highly likely. JTAC sets the threat level independently of the Government.

Terrorism threat levels give a broad indication of the likelihood of an attack. They’re an important tool for security practitioners and the police to determine what protective security is necessary. They also keep the public informed of the threat the country faces at any given point in time.

*CRITICAL – an attack is highly likely in the near future

*SEVERE – an attack is highly likely

*SUBSTANTIAL – an attack is likely

*MODERATE – an attack is possible, but not likely

*LOW – an attack is highly unlikely