The Serious Fraud Office and Covert Surveillance: The Way Forward? 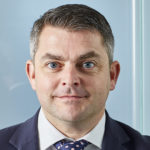 Speaking at the American Bar Association’s (ABA) Annual White Collar Crime Conference in central London earlier this month, Serious Fraud Office (SFO) director Lisa Osofsky again talked of using covert surveillance as part of her agency’s investigations. However, Neil Williams explains why he has doubts about such an approach being used.

On more than one occasion, Lisa Osofsky has expressed her desire to see covert surveillance play a greater role in the SFO’s ongoing battle against white collar crime. At the recent ABA conference in London, Osofsky emphasised the value of such an approach when it comes to tackling crime and her strong belief in the need to work closely with co-operating defendants.

It’s an idea that’s understandable. After all, information gained from those who decide to tell all in exchange for some kind of a deal with the authorities can be of great worth to the SFO, or indeed any investigating agency. Also, covert surveillance is arguably the most direct way of obtaining evidence necessary for a prosecution, and especially so regarding white collar crime where the chances of a “smoking gun’’ being left behind can be more remote than in other forms of criminal activity.

Yet the SFO has less experience than other agencies in covert policing methods and its officers have no power of arrest. This could arguably be overcome by calling on the services of the National Crime Agency (NCA) or police forces if and when the need arises. Agencies can and do work together. If they could be deployed in harmony on cases then this could be a real game changer for the SFO.

Covert surveillance can be of value. It has certainly brought success in a number of Her Majesty’s Revenue and Customs tax fraud cases, but what needs to be considered is whether this is a practical approach for the SFO.

The NCA could be deployed on behalf of the SFO to, for example, bug a CEO’s car, office or home. However, assuming the legality of the bug was not in question, any success would depend on audio or video evidence being obtained of the person in question talking loudly and clearly about their wrongdoing, as all the ‘mob’ guys seem to do when they are bugged in US crime dramas.

If the SFO is looking to use wires on co-operating witnesses in order to obtain evidence, this is a route that’s fraught with difficulties in the UK. The barriers to their use, both legal and cultural, can seem to be insurmountable. Given the historical lack of enthusiasm for wiretaps and co-operating defendants, there may need to be a culture change to make increased use more palatable.

In the US, there are incentives available for those who choose to co-operate whereas the best the UK can really offer is immunity. This makes it somewhat difficult to understand why anyone other than those known by the SFO to be mired in the offending space would come forward.

It’s very rare for an SFO investigation to be live at the time of the event. It needs a trigger for that to happen, which inevitably points towards a whistleblower. So, unless the SFO has real-time information about an ongoing offence – or about plots to commit an offence –then it’s realistically only going to be able to deploy surveillance after the event in the fervent hope that someone does talk about the wrongdoing that has been committed.

If the SFO is set to rely on after-the-event surveillance while itself lacking experience in conducting surveillance, it could be said that the agency has areas of weakness when it comes to carrying out its own investigations.

The SFO may well come to use surveillance intelligently and successfully but, in order to do so, it’s going to require the ‘perfect storm’ of real-time intelligence, the availability of expertise from other agencies and the possibility of someone being ready to talk.

Fraud in the NHS: You Need to Find It to Fight It