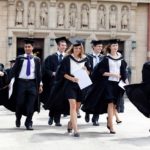 Prevent is one of the four Ps that make up the pillars of the UK’s counter-terrorism strategy developed by the Home Office in early 2003, although it remained secret until 2006. Its remit was widened in 2011 and it was placed on a statutory footing in 2015, but how effectively is Prevent playing out in the education sector? Dr Chaditsa Poulatova and Hannah Saunders investigate.

The basic aim of the Government’s Prevent strategy is to reduce the risk to the UK and its interests overseas from terrorism such that citizens can go about their daily lives freely and with confidence. According to the Home Office’s 2011 policy paper, the key objectives of Prevent are to respond to the ideological challenge of terrorism and the threat we face from those who promote it, prevent people from being drawn into terrorism and ensure that they’re given appropriate advice and support and work with sectors and institutions where there are risks of radicalisation demanding to be addressed.

The strategy has evolved to reflect the terror threat posed to the UK’s national security. The biggest change came with the passing of the Counter-Terrorism and Security Act (CTSA) 2015 after the threat level from international terrorism was raised to ‘Severe’ in 2014 in response to the increased number of British nationals travelling to the Middle East in order to join the ongoing conflicts in Iraq and Syria.

That same year, the Quilliam Foundation estimated that around 500 foreign terrorist fighters were British out of approximately 2,600 Western Europeans and 16,000 globally, in turn raising concerns of battle-hardened extremists returning to the UK. The main driver for the CTSA was the prevention of terrorist acts on British soil perpetrated due to radicalisation.

According to the UK Government, 30% of convicted terrorists in the UK since 2001 have attended university or further education, with examples including Bradford University (three students were questioned on suspicion of terror offences in 2006) and Liverpool John Moores University (two former students have been killed while fighting for ISIS in Syria, another has been named as a senior ISIS commander who left behind a wife and a child to wage Jihad in the Middle East and a fourth was jailed in the USA for 40 years for plotting terror attacks across the globe in 2015).

Further examples are Queen Mary University in London (a student group called The Ideological Society was described as being a front for Hizb ut-Tahrir, the pan-Islamist movement pressing for restoration of the caliphate and the introduction of Sharia Law) and University College London (the Detroit ‘underpants bomber’ of 2009 was allegedly indoctrinated while studying there).

The CTSA 2015 consists of six main parts and aims to disrupt the ability of people to travel abroad to fight in countries like Syria and Iraq, control their return to the UK, enhance operational capabilities to monitor and control the actions of those in the UK who pose a threat and help to combat the underlying ideology that supports terrorism.

It enables the seizure of passports and introduced reforms to the terrorism prevention and investigation measures which can be placed on terrorism suspects to restrict their movements and invoke temporary exclusion from the UK. This has some far-reaching implications for UK citizens and visitors.

The core mission of Part V (ie Sections 26 to 41) of the CTSA 2015 is to put Prevent on a statutory footing, while placing a duty on “specified authorities” as listed in Schedule 6 of the Act (among them universities) to have “due regard to the need to prevent people from being drawn into terrorism”.

Paragraph 9.4 makes Prevent a safeguarding and student welfare issue “based on the premise that people being drawn into radicalisation and recruitment can be identified and then provided with support”. According to the Prevent Duty Guidance for Higher Education Institutions in England and Wales, such Institutions “are required to provide adequate training and development for leadership and staff” to ensure that vulnerability factors are identified at an early stage and that the Institution’s Prevent officer, who’s often that Institution’s safeguarding officer, is informed.

In order to support universities in fulfilling their Prevent duties, back in 2013 Universities UK (the representative body for university vice-chancellors) launched the Safe Campus Communities website in order to facilitate information sharing on issues such as external speaker protocols, effective community and police engagement and inter-faith relations on campus, in turn enabling the sharing of good practice. Since 2015, a monitoring framework has been in place via the UK regions’ appropriate regulatory bodies for higher education, with the new Office for Students now fulfilling that role on behalf of English universities, as set out on its web page entitled ‘Counter-Terrorism: The Prevent Duty’.

Guidance for university governing bodies/councils to inform their oversight of senior management in the delivery of the Prevent requirements, and in accordance with the Higher Education Code of Governance which informs the effective governance of universities, has also been published by the Leadership Foundation in conjunction with the Committee of University Chairs.

Re-casting Prevent as “safeguarding” seems to have allayed some anxieties about the duty, but the CTSA has not been without controversy. Frances Webber, vice-chair of the Institute of Race Relations, stated that it “impinged on basic freedoms and further alienated the already under threat Muslim community”, while Sir Peter Fahy (former chief constable of Greater Manchester Police) has argued: “The extension of the Prevent duty to the education sector was introduced in haste and without the time for proper training which resulted, in some cases, in inappropriate referrals.”

The University and College Union has suggested that Prevent represented a draconian crackdown on the rights of academics and students, which would have an adverse effect on freedom of speech within an environment where views are routinely challenged and boundaries tested in the spirit of academic endeavour. The latter view was also shared by the Parliamentary Joint Committee on Human Rights.

It’s very difficult to measure the full extent of the Prevent strategy’s successes and failures. Out of 7,500 referrals made to the scheme in 2015-2016, no action was taken in 37% of the cases, while a quarter of individuals referred were found to be vulnerable, but not at risk of terrorist involvement. The fact remains that it’s impossible to know how many people may or may not have gone on to commit terrorist acts without coming into contact with Prevent.

Although the core mission of Part V of the CTSA 2015 is to put Prevent on a statutory footing, the legislation does so selectively by way of a basic framework approach. Universities participate on a voluntary basis and have no power to refer anyone directly to a de-radicalisation programme.

There are no legal sanctions under the CTSA or elsewhere for failures to act upon information or make a formal Prevent referral, even when an act of terrorism is committed which might otherwise have been averted.

Where next for Prevent?

Given the practical challenges underpinning the Prevent duty in universities, there have been calls by Parliament’s Joint Committee on Human Rights, Human Rights organisation Liberty and the Open Society Justice Initiative for a “full and transparent review of the application of the Prevent strategy to the educational setting”.

Certainly, this would give some clarity around the relevant risks that each university has faced, the mitigating actions undertaken and the extent to which the Prevent duty is effectively integrated into universities’ current corporate risk assessment strategies.

Dr Chaditsa Poulatova MSyI is Strategic Advisor to the Cyber Rescue Alliance. Hannah Saunders is a Student of Journalism at Emerson College in Boston, Massachusetts