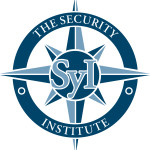 Now in its eighth year, The Security Institute’s Annual Conference and Exhibition is the organisation’s premier educational vehicle for members and specially invited guests. In late September, the conference programme focuses on how the practice of security has been transformed during the first 15 years of the 21st Century.

Technology is enabling us to monitor and modify behaviours. The accumulation of vast amounts of personal data is allowing us to drill down and identify trends that enable effective security interventions. The willingness of people to allow their personal privacy to erode is rendering behavioural insights of immense practical value, while the interconnected nature of society helps us to spot security threats and address them effectively.

The legislative framework is arguably more favourable to security interventions now than it has ever been in the past. Regulation has taken a number of steps forward and the ‘professionalisation’ of the security world continues at a steady pace.

The outsourcing of security from the public to the private sector also seems to be gathering speed, with all of the opportunities and challenges this entails. Education is becoming an increasingly important element within the profession, and we’re now starting to see young people attracted to a career in security in far greater numbers.

Given that backdrop, in 2015 The Security Institute’s popular Annual Conference will examine the changes that have taken place to get us to where we are today and critically review them. Cyber security and digital threats will be among the many key challenges over the next five years, as will the diversity of general risks and threats and the need for integrated approaches readily able to deal with them.

The 2015 event – which runs on Tuesday 22 September at The Thistle Hotel, Marble Arch, Bryanston Street, London W1H 7EH – will seek to ‘look over the horizon’ as the Institute speculates what’s likely to happen next and what developments will mean for practising security professionals.

How is the 21st Century redefining the practice of ‘Security’? What have been the changes so far and, importantly, what are the changes to come?

Conference Session 1: ‘The Public We Serve’

Dr Gus Hosein of Privacy International is set to give this year’s Keynote Address. The security landscape has changed dramatically since the turn of the 21st Century. This may be the result of voluntary and greater openness on the part of the authorities or an openness that has been driven by individuals or groups actively seeking to reduce their exposure to surveillance (from the state, corporations or individuals as a result of, for example, the explosion of social media platforms).

Crime Reporting: Through Evolution to Online

An insight into the development of Facewatch, what was missing in the marketplace and how Facewatch came to be in existence from concept to completion will be offered by Simon Gordon, the organisation’s founder.

This session will look at some real-life Case Studies/success stories and explain to attending delegates how, if Facewatch didn’t exist, these incidents might have been treated and resolved differently. It will also look at where online crime reporting is going.

Simon Gordon founded Facewatch back in April 2010. As well as being the executive chairman of the organisation, he’s also the proprietor of Gordon’s Wine Bar, London’s oldest such establishment which dates back to 1890 and is actually where the Facewatch story began. Gordon is a qualified Chartered Accountant.

Filling the Gaps: Security on the South Bank

London’s South Bank once had the reputation for being one of the capital’s least likely areas to which visitors might actively return. Today, it has been transformed into a vibrant and thriving economy where members of ‘the public we serve’ are encouraged to return (and do so in their droves) having enjoyed their previous visitor experience.

In recent times the South Bank has witnessed a massive increase in footfall, presenting opportunities for businesses and criminals alike. How, then, to build on the success so far and generate an even better customer experience for the public while at the same time stifling the criminal element?

This session will highlight the changes that have occurred in the South Bank’s security landscape and consider how customer service and security have now become entwined.

Eric Dench MSyI served for 31 years with the Metropolitan Police Service, retiring as a counter-terrorism security advisor in 2006. He joined the London Eye as security manager for the popular tourist attraction in August of that year and is now head of security for the Merlin Entertainments attractions at London’s County Hall.

Dench is also chairman of The South Bank Business Watch, a position that he has held for the past seven years.

Other confirmed speakers at The Security Institute’s 2015 Annual Conference include Nick Hardwick CBE (Her Majesty’s Chief Inspector of Prisons), Paul Broadbent CSyP of the Gangmasters Licensing Authority, representatives from the BBC, the CPNI and GCHQ (as yet TBC) and also Mike Gillespie MSyI from Advent IM.

Nick Hardwick began his role as Her Majesty’s Chief Inspector of Prisons in July 2010. He was previously the first Chairman of the Independent Police Complaints Commission from 2003 to 2010. Hardwick was awarded a CBE in 2010. His earlier career was spent in the voluntary sector where he began working with young offenders for NACRO (the National Association for the Care and Resettlement of Offenders).

From 1986 to 1995, Hardwick served as CEO of Centrepoint, the charity and housing association for young homeless people. He was the CEO of the Refugee Council from 1995 to 2003 and chairman of the Housing Ombudsman Service from 2010-2013. Currently, Hardwick is a trustee of the New Horizon Youth Centre.

As CEO of the Gangmasters Licensing Authority, Paul Broadbent leads a Government agency that purposefully addresses modern slavery, human trafficking and the exploitation of workers, aligning closely with the retail industry, all public/private sectors, cross-Government and national and international law enforcement agencies.

Broadbent is a former chief police officer, senior investigating officer and former head of serious and organised crime having led complex and multi-agency major investigations on the local, national and global stages.

Book your place at conference

Prices for delegates at this year’s Annual Conference are as follows:

**The 2015 event is kindly sponsored by Insafe