The Real Living Wage and the Private Security Industry 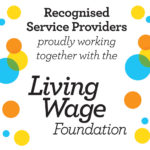 Did you know that the private security industry suffers from some of the lowest pay rates in the UK? On top of that, are you aware that there are now over five million people living with the reality of in-work poverty? Bearing those two factors in mind, ‘a fair day’s pay for a fair day’s work’ is something about which we surely all concur. What, though, can be done to make this a truism right across the board in the security guarding market? Troy Moffatt focuses on the introduction of the Real Living Wage.

The Real Living Wage is an independently calculated and voluntary rate of pay that’s based on the cost of living. It’s higher than the Government’s minimum and thousands of companies already choose to pay the stated rate to their members of staff and service contractors alike. That rate is currently set at £9.30 per hour, with a higher rate of £10.75 per hour in London duly reflecting the higher cost of living in the capital.

Security guarding companies may well be asking themselves the key question: ‘Don’t we have to pay all of our workers the Real Living Wage in order to be part of the movement?’ The answer is ‘No’. While The Living Wage Foundation encourages as many companies as possible to accredit as Living Wage Employers, the organisation understands that it’s not always possible for providers who operate in low pay industries to implement the Real Living Wage for all the contracts they deliver.

However, for their part service providers can communicate to clients that the Real Living Wage is always an option. Sometimes, in fact, that communication is all it takes to make a positive impact on the security workforce.

As an initiative orchestrated to support Best Practice within and across the service industries, the ‘Recognised Service Providers’ scheme has been created by The Living Wage Foundation. This scheme formally recognises the commitment of contractors and dedicated service providers who support the aims of The Living Wage Foundation. Since its inception, it has attracted almost 140 committed ‘Recognised Service Provider’ members and now has over 100,000 workers operating on Real Living Wage contracts.

While the initiative has been gaining traction in recent years, of the almost 140 ‘Recognised Service Providers’, only 25% of them are security contractors. Why is our industry not doing more to champion this initiative that seeks to support those workers who sustain security organisations and provide such valuable services for their clients?

Providing the quality of service expected by the millions of daily consumers of private security industry services relies on a skilled, motivated and dedicated workforce that can operate effectively and efficiently. 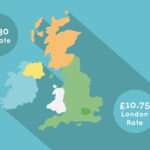 The research also found that security, along with cleaning, catering and other service professions, has some of the highest levels of low pay in the UK, with up to 83% of service industry workers earning below the Real Living Wage. That situation simply has to change.

We’re all conscious of the fact that the private security industry is a highly competitive marketplace and that margins are always tight, but before dismissing the notion of the Real Living Wage and ‘Recognised Service Providers’ as something akin to unrealistic altruism, consider the statistics published by The Living Wage Foundation in its ‘Life on Low Pay’ Report. The document highlights the impacts of living on low pay in three key well-being areas: health, financial insecurity and family life/relationships.

When it comes to health, 37% of respondents had skipped meals regularly for financial reasons, while 71% worried so much that it affected their day-to-day life. On financial insecurity, 43% had fallen behind on household bills. 22% of interviewees had taken out a payday loan to cover essential purchases. In terms of family life and relationships, 24% believed low pay had negatively affected their relationship with their children. 32% felt that their pay negatively affects the quality of their relationship with their partner.

Now consider how much more productive, effective and efficient the security workforce could be if these concerns didn’t form part of employees’ daily lives. Organisations that pay and advocate a Real Living Wage are saying the following (and what they have to say provides much food for thought):

*86% say it has improved the reputation of their business

*75% say it has increased motivation and retention rates for employees

*64% say it helps differentiate them in their industry

*58% say it has improved relations between management and staff

There’s a common theme prevalent in the social media streams that voice the opinions of contractors and workers in the private security industry: pay. There’s an abundance of posts and commentary around the Security Industry Authority (SIA) mandating minimum rates of pay alongside a variety of other unhelpful and unrealistic suggestions. As our Regulator, the SIA cannot mandate such things. Rather, it’s up to us as leaders in our industry to bring about much-needed change and evolve the mindset associated with the procurement of security services.

Put simply: ‘We bid for the contracts. We employ the workers. We are responsible.’ 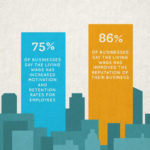 If we want to change our industry for the better, we need to champion the Real Living Wage through our contracts. With clients accepting our Real Living Wage costed bids, we can collectively make a huge difference to security workers and, indeed, the private security industry itself. It’s a step-by-step process. One contract at a time.

At the First Response Group, we’re proud to be one of the limited number of security service providers across the UK who are formally part of the Real Living Wage movement as a ‘Recognised Service Provider’. We’ve been working with The Living Wage Foundation since August last year with great results.

Kieran Montgomery, managing director of Key Fire & Security, asserted: “As a Real Living Wage employer ourselves, it has been great to see First Response Group take this refreshing and forward-thinking approach towards employee well-being and, hopefully, the betterment of the private security industry.”

From my own perspective, I’ll freely admit that I was initially sceptical about potential client response as pay and charge rates are very emotive subjects and, as stated, we do work in a highly competitive marketplace. However, I’ve been pleasantly surprised. We appreciate that paying a Real Living Wage isn’t something everyone can commit to immediately, but an open and honest discussion can start to make a difference. Typically, we’ve found that those who cannot currently budget for the increased cost can, and generally will, plan ahead for a phased implementation.

For too long now, our industry has suffered from a ‘commoditised’ view of the workforce with contracts being awarded on a price-weighted scoring mechanism. Quality assurance and social value are increasing considerations for procurement teams, but all-too-often this still remains a desktop exercise. 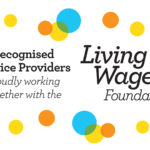 We’ve found adopting that aforementioned open and honest approach with our clients regarding pay ‘humanises’ the security service for all stakeholders. What better way is there to ensure quality than a well-motivated and well-trained delivery team?

Paying a Real Living Wage directly improves the general well-being and, importantly, the financial well-being of the local workforce and increases the contributions that security services make to the local circular economies in which security businesses operate. Is there a better way for our industry to have a positive impact on social value?

Adam Ward, operations manager at the First Response Group, has this to say on the matter: “Since we’ve introduced the Real Living Wage, I have seen staff turnover on key contracts reduce from >10% to <5%. I’m also finding that I’m receiving employment applications from candidates in a wider vicinity to the project. Not only are the candidates willing to travel for the positions we have available, but I’m also being sent more applications from security officers that are more experienced and better trained because the money is so much better.”

Indeed, one of our security officers recently remarked: “Being paid the Real Living Wage means that I don’t rely on overtime to make ends meet. There’s now a little left over at the end of the month for savings or a treat. Any overtime is a bonus.”

Could your company be a ‘Recognised Service Provider’?

*Increased the rate of pay for hundreds of workers

*Realised a 67% increase in the business’ NET Promoter Score 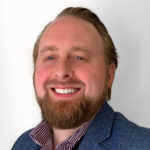 Simon Anderson, First Response Group’s CEO, has commented: “From improved morale and retention rates through to creating a better quality of life for our workforce, the positive impact of introducing the Real Living Wage has more than justified the investment we’ve made.”

Could your security business become a ‘Recognised Service Provider’? There are several questions that require to be asked and answered… Will you commit to ensure that all core members of staff (ie those not tied to customer contracts) are paid the Real Living Wage rate? Could you promote the benefits of paying the Real Living Wage to your customers and provide this as a costed option when pricing contracts?

In addition, would you like to be part of a strategic community of service providers that support and promote the Real Living Wage? Do you believe in making a significant contribution in the battle to end low pay in the UK’s lowest paid service sectors?

*For more information on becoming a ‘Recognised Service Provider’ visit: https://www.livingwage.org.uk/become-recognised-service-provider or call The Living Wage Foundation on 020 7043 9882

Mayor of London to invest £55.5 million on tackling causes of violent crime