The Race to the Bottom in Security Services: A Loser’s Game 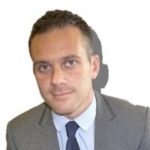 Security can often feel like a sector that’s in the doldrums, much of which is down to the constant flurry of negative outsourcing stories unveiled within the national press. Sometimes, outsourcing’s condemnation is justified, writes Darren Read. Carillion’s collapse, for example, shone a telling light on areas in need of real reform including public sector procurement and the ‘race to the bottom’ that now pervades the outsourcing of facilities services.

The broader implication of Carillion’s situation is that outsourcing has become something of a dirty word. Perhaps no sector has quite such an outsourcing problem as security. The silver lining in all the post-Carillion media attention – and subsequent widespread condemnation – is that it prompts associated industries and parties to hold a mirror up and see how the world really views them.

It’s not all doom and gloom, though, because good practice in security does exist. In fact, there are thousands of security businesses and personnel across the UK who are doing fantastic work and delivering real value for customers. That said, as an industry we have a chronic problem when it comes to pricing. This has been a hot topic of discussion for some years now, as profit margins have continued to decrease in part due to the economic downturn following the financial crash of 2007-2008. The issue has persisted, seemingly with little steps made towards a solution, and we need to ask ourselves why that is.

When it comes to pricing, it’s worth reflecting on US business magnate Warren Buffett’s words that “Price is what you pay… Value is what you get”. This popular adage is the cornerstone of value-based pricing strategies, essentially meaning that no customer is willing to pay more than their perceived value of the product or service they receive in return for their outlay. If we apply this to the UK’s security industry, it would appear that we certainly don’t think our customers value our services very much at all.

The issue here, as it was in Carillion’s demise, is the race to the bottom and the balancing act between margin and value. I’ve been in this sector for 17 years now and I think that there’s no excuse for the fact that it’s still a challenge not to make a profit, but just to break even. In a desperate scramble to win bids, security companies agree to tenders that are simply not sustainable. It is, perhaps, the market at its most ruthless and inefficient. 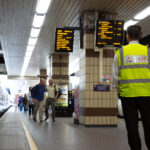 Margins continue to be unjustifiably low. If we don’t radically change the way in which we value – and price – the services we offer, this could result in two possible outcomes, neither of which are good for the industry.

First, reducing operating costs seems on the surface to be an option for improving margins, but will inevitably be detrimental to areas of the business that are not immediately important – or visible – to the client. It could manifest in sweeping cutbacks to staff training and employee benefits. Steps such as this would be a quick fix for profitability, but would have a severe knock-on effect, negatively impacting morale and job satisfaction and possibly even resulting in health implications.

The latter has been exemplified in the GMB Trade Union’s recent study on life expectancy in the profession. It revealed that security personnel die 20 years sooner than the average person in the UK, and have a lower life expectancy than those born in war zones such as Afghanistan. According to the Office for National Statistics, in 2007 the life expectancy of a ‘security officer or related occupation’ was one year less than the national average. In the space of a decade, 19 years have been shaved off the lives of those that work in security. These figures are appalling.

Part of the problem is the lack of provision for staff in handling the stress that goes hand in hand with the job, with little-to-no facilities for mental health support or other health issues.

The second possibility could be the pricing of security services ‘at cost’ (as in without added margin for profit). This would, if anything, exacerbate the existing issue, with providers looking to squeeze profitability from other avenues.

On both counts, it’s security staff that will suffer the most. Not just – and reprehensibly so – in terms of a reduction in life expectancy, but also by dint of not having a single iota of benefits at work or job satisfaction. As it stands, a career in security is not an attractive option for prospective employees, resulting in an impending talent gap so vast we will not be able to recover from it.

As an industry, we have an image problem. Ultimately, the solution is to collectively articulate the value of our services much better and re-brand the industry. After all, there’s virtually no public nor private organisation that doesn’t have a security provision in some shape or form – be it in-house or outsourced.

According to the Ministry of Defence, approximately half a million people are employed in the private security sector and the security industry contributes roughly £6 billion to the UK’s economy each year. If we’re indispensable, why are we not priced as such? When we consider the potential risks that would come from security service failure, to put such a small price on the safety of people seems flippant to the point of being insulting.

Our image overhaul could start with a re-evaluation of the nuts and bolts of the specification process, which has not been altered for years. Security is the last stream of facilities management that uses input specification, which is now widely considered to be outdated and clunky. We’ve lagged behind other sectors, such as cleaning, that now primarily use output specifications – giving them the license to offer their expertise and define what equates to a high level of performance on their contracts. 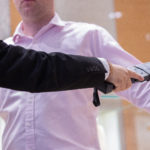 If we adopt output specification like our FM peers, perhaps then we would have the opportunity to not only demonstrate our expertise, but also actively collaborate with clients on producing a contract that’s flexible and tailored to their unique requirements.

Likewise, in the bid process, rather than using language that centralises on price and cost savings, we must explain how good security can offer a return on investment. We can do this by weaving the customer service value of security staff into our proposition as well as tackle the misconception that security is an unskilled profession.

Of course, we know the value of security to our client’s day-to-day operations. We’re not just mitigating risk. Often, it’s a customer service role – a concierge is frequently the first person a customer meets when visiting a building and can set the tone for the rest of the visit.

Every day, I hear of our staff going that extra mile and doing wonderful things for our clients, but are we communicating this value to prospective clients? No, we’re not. If we don’t reflect the value we see in our services in our pricing, how can we blame organisations for only caring about the costs as opposed to the value good security can bring to their business?

A shopper looking to buy a sofa will not necessarily purchase the cheapest sofa they can find. They will take into consideration the quality of the sofa, customer service, product warranty and returns policies. Paying more is offset by the perceived benefits of these factors. This is what we need to strive for in security. In turn, security will then sit high on the corporate agenda, as opposed to being an inconvenient cost for organisations.

There’s a golden opportunity here to galvanise our industry and drive some much-needed change, as well as improve the perception of security, and outsourcing in general, in the eyes of the general public and prospective clients alike.