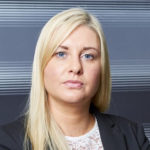 It now appears that the European Union (EU) is convinced of the need for a central authority to tackle the scourge of money laundering. Here, Nicola Sharp explains why the EU’s new proposals for investigating this form of criminality cannot come soon enough.

EU finance ministers are set to authorise the European Commission to draft plans for an enforcement body that would be independent and would have what have been termed direct powers to oversee the anti-money laundering efforts in all EU Member States. If and when it comes into existence, that body will be authorised to police, among other things, financial institutions’ compliance with EU rules regarding anti-money laundering due diligence.

The move comes at a time when the issue of money laundering has gained increased prominence, due largely to Transparency International’s report entitled ‘At Your Service’ which painted a fairly alarming picture of the extent to which laundered money has seeped into many, if not all, aspects of UK life.

The EU, it seems, has at least recognised that more needs to be done. The way loopholes have been exploited by those looking to launder money in Europe, the damage this does to the reputation of the financial system and the potential effect on EU Member States’ economies have all been noted by the EU.

It may be unfair to class it as a wake-up call. The EU has been aware of the problem of money laundering and has been taking steps to tackle it for years, but now the EU at least seems to recognise that more needs to be done – and that anti-money laundering efforts need to be more co-ordinated than has been the case to date.

At this stage, we’re short of precise details. Some EU Member States want an all-new body to take on the role. Others believe the task could be given to the European Banking Authority (EBA) – even though some in the EU are far from happy with the EBA’s track record. Affording Europol new authorities has also been floated as a possible way forward.

EU officials have said that any final and agreed plan could be introduced as regulations that apply directly to financial institutions as opposed to legislation, which would need Member States to adopt complementary national laws such that regulations could be enforced in each state.

While the proposal at this stage lacks clarity, the need for something to be done is crystal clear. The EU has made repeated attempts to tackle money laundering and the results so far can be described as mixed at best.

The Fourth Money Laundering Directive (4MLD) was introduced by the EU as a genuine and well-intentioned way to address the problem, and yet it was less than a year-and-a-half ago that the European Commission’s Justice Commissioner Vera Jourova was berating 20 European Union Member States for the slow and unsatisfactory transposition of 4MLD into their national laws.

The fact that the Justice Commissioner was openly criticising more than 70% of EU Member States for failing to meet their obligations regarding 4MLD is perhaps the starkest reminder that Europe has a problem. More than a year after the deadline for implementing 4MLD, a mere handful of Member States had transposed it into national law. Now we have the Fifth Money Laundering Directive. Every EU Member State should be ready to implement this by January 20 next year, but only a supreme optimist would believe that this is likely to be so.

The directives have served a purpose. They’ve also shown that the EU is far from ignorant regarding money laundering. Ultimately, though, they have illustrated the core of the problem. The EU has, until now, put its faith in a decentralised collection of national authorities to tackle an international issue that demands a concerted, co-ordinated and consistent approach.

We may not yet know the exact details of how the EU intends to create one body to take on the huge problem of money laundering, but what we do already know is that such action cannot come soon enough.