The Co-Operation Corkscrew: Assisting the SFO in Criminal Investigations 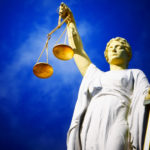 In criminal law, fundamental protections exist to safeguard individuals and companies alike against self-incrimination. Here, Elliott Kenton examines whether an increasing tendency among corporate organisations to co-operate with investigators serves to undermine these essential rights.

In the context of corporate criminal investigations, and particularly so those involving the Serious Fraud Office (SFO), a unique practice has evolved whereby companies facing investigation sometimes opt to waive their right to silence. Instead of deploying this fundamental protection afforded to them by English law, some corporates are hastily self-reporting wrongdoing to the SFO, actively involving the SFO in internal investigations and/or voluntarily assisting the SFO.

This is often an attempt to obtain credit in the context of a Deferred Prosecution Agreement (DPA). This co-operative practice has evolved so rapidly in recent years, in fact, that default protections have faded into relative obscurity. Accepting responsibility for a criminal offence via an early guilty plea is the most common form of co-operation in exchange for a discount on the sentence imposed.

The Serious Organised Crime and Police Act 2005 also introduced a number of routes by which a defendant could co-operate in return for leniency or a reduction in their sentence. The DPA regime itself was introduced back in 2014 under the Crime and Courts Act 2013 as an alternative to prosecution. The DPA Code of Practice cites co-operation as one of its central tenets.

Upon entering a DPA, a prosecution is suspended and a number of conditions are imposed on the organisation over the course of the agreement. If those conditions are satisfied, the prosecution will be discontinued. However, a company should consider whether self-reporting and co-operation is in its best interests. It may be better to undertake a detailed internal investigation following allegations of wrongdoing rather than self-report.

If the SFO undertakes an investigation, this may be concluded without levying any criminal charges – a consideration that’s all the more pertinent given the SFO’s arguably poor charging record. It’s also important to note that extensive co-operation and early self-reporting don’t guarantee a DPA. If a DPA is reached, an organisation will then face a draconian penalty ‘package’. This often includes significant fines, compensation, the disgorgement of profits and the payment of costs.

It’s entirely possible that a company may receive a higher overall financial penalty under a DPA than if it had entered a guilty plea at the first opportunity, or even on conviction.

In the six DPAs that have been agreed since 2015, the focus has been on early self-reporting and co-operation. In November 2015, the first-ever DPA was entered into with Standard Bank plc. In that DPA, the promptness of the self-report, within weeks of Standard Bank plc being alerted to wrongdoing, and the sharing of Standard Bank’s internal investigation with the SFO were considered so decisive that a DPA was in the interests of justice.

This decision seemed to encourage premature self-reporting in an attempt to demonstrate co-operation. 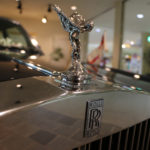 Following on from the Standard Bank plc episode, co-operation evolved further with the SFO’s DPA with Rolls-Royce plc in January 2017. The SFO was alerted from the public domain of concerning business practices and launched an investigation which revealed that Rolls-Royce had investigated and was alert to corruption within the organisation, but had decided not to self-report.

The Rolls-Royce case evidenced that, even when an organisation fails to co-operate and self-report over a number of years, a DPA is still possible where there are subsequent extraordinary levels of co-operation.

These include sharing comprehensive documents relating to internal investigations with the SFO while waiving legal professional privilege on a limited basis and/or not filtering documents for potential privilege.

Waiver of privilege was not isolated to the Rolls-Royce case as a concession in failing to self-report. In the DPA between the SFO and Tesco Stores Limited in April 2017, the latter self-reported promptly and co-operated fully with the SFO, including volunteering materials unfiltered for privilege and agreeing a limited waiver of privilege for other documents. This illustrates the level of co-operation the SFO now expects from every organisation that discovers internal wrongdoing.

The SFO’s DPAs with both Rolls-Royce and Tesco Stores Limited were concerning for many practitioners. Legal privilege (which allows individuals and corporate entities alike to resist the disclosure of confidential and sensitive material) is an absolute and fundamental right and maintaining privilege should be a neutral factor as far as obtaining credit for co-operation is concerned.

The DPA Code made clear that the Act and/or the Code cannot alter the law on privilege, and yet in terms of Rolls-Royce and Tesco Stores Limited, this right was undermined in exchange for credit for co-operation.

In May 2017, the High Court ruled in the Director of the Serious Fraud Office vs the Eurasian Natural Resources Corporation (ENRC) Limited case that a criminal investigation by the SFO was not to be treated as adversarial litigation for the purposes of a claim to litigation privilege. ENRC had undertaken an internal investigation into its activities and self-reported. Following the self-report, the SFO issued notices under Section 2(3) of the Criminal Justice Act 1987 to compel the production of documents (Section 2 Notices) in order to aid its own investigation.

The ENRC disputed that it was obliged to provide certain documents, citing litigation and legal advice privilege (rather than waiving privilege as Rolls-Royce and Tesco Stores Limited had done), but the High Court disagreed with this assessment – a decision that appeared to suggest there was now no privilege to waive in the first place.

The Court of Appeal overturned this decision in July 2018 to the relief of many corporates and their legal advisors.

Full co-operation with the SFO

In a speech at the Foreign Corrupt Practices Act Conference in Washington DC in December 2018, Lisa Osofsky (director of the SFO) said that she expects full co-operation with the SFO to mean helping the prosecutor find the truth by pointing out key evidence and making that evidence useful. Osofsky has also attempted to define what co-operation is not, which includes covering up bad news and obstructing, misleading or delaying investigations.

Corporate crime commentators have noted that there are striking differences between obstructing or misleading a prosecutor on the one hand and effectively doing their job for them on the other. It has also been noted that Osofsky’s comments ring hollow for some when the Rolls-Royce case evidences that a DPA is possible even when a company doesn’t co-operate.

Osofsky has also said that she fully supports the value of (and the right to) privilege, while at the same time asserting companies can waive privilege if they want to co-operate.

In August last year, the SFO published its Corporate Co-operation Guidance – a five-page document codifying the organisation’s expectations for co-operation. Although the guidance may be beneficial for a corporate that has decided to co-operate fully with the SFO, it effectively serves to extend the remit of co-operation even further. It contains scant information on the SFO’s expectations on self-reporting, which is surprising considering the emphasis of self-reporting in previous DPAs.

The position on privilege remains distorted in that the guidance makes clear the SFO may challenge any assertions of privilege and/or an organisation will be required to have privileged documents certified by independent counsel.

In essence, the guidance cements the co-operation culture that now exists for corporate criminal investigations.

What of the future? 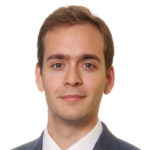 Although DPAs continue to be agreed, organisations are now more aware that the DPA regime is not as attractive as it first seemed, and particularly so given the SFO’s poor charging record and conviction rate, often relating to individuals charged on the same set of facts on which a DPA was agreed.

Organisations may now think twice before deciding to invest time and resources, while circumventing their fundamental rights, in order to demonstrate extraordinary levels of co-operation to secure a DPA.

Outside of the DPA regime, the co-operation culture continues to develop. The Criminal Finances Act 2017 introduced two new criminal offences of failing to prevent the facilitation of tax evasion. Her Majesty’s Revenue and Customs has highlighted that co-operation and early self-reporting can be used as part of a given company’s sole statutory defence of having reasonable procedures in place.

It’s plausible that the co-operation culture could extend even further to an organisation having a statutory duty to report suspected financial crime within its business.

As this area of corporate criminal law unfolds, organisations should undertake a careful balancing exercise before deciding how to proceed with investigations, and particularly so when it may involve parting with fundamental legal rights designed to protect them from self-incrimination.