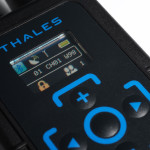 Security specialist Thales has published a report outlining how communications devices – such as those used by the police service, personnel in the private security sector and the military – could operate securely over mobile phone networks. Doing so would “provide near universal range” for secure communications.

The new research paper explains the strengths and weaknesses of various existing communication approaches, including walkie-talkies, trunked PMR and mobile networks. The former two offer security but limited range, or require costly infrastructure to extend their range. For their part, mobile networks offer extensive range but do not meet the necessary security requirements for high security industries.

The proposed solution relates to modern encryption technology, which makes encrypting and decrypting voice data easily manageable within the device. The principle is similar to the way in which e-mails can be secured over the Internet by encrypting them between the sender and recipient.

When public infrastructure is needed to extend coverage, radios can link to an IP network such as LTE, 3G or Wi-Fi. Voice data may be encrypted by the radio prior to being sent to the IP network and, once received, is then decrypted by other radios connected to that same network. This method makes certain that voice data is secured end-to-end.

To ensure trust in such a system, encryption must be to a recognised international standard. A perfect example is the Advanced Encryption Standard (AES) which is adopted by the US Government.

Thales is a global technology leader in the aerospace, transportation and defence/security markets. In 2013, the company generated revenues of €14.2 billion driven by 65,000 employees operational in 56 countries. 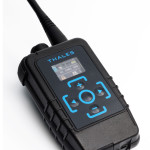 Armed with its 25,000 engineers and researchers, Thales has a unique capability to design, develop and deploy equipment, systems and services that meet the most complex of end user security requirements.