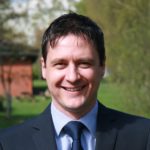 If police forces are to take full advantage of new digital technologies and methods then a change of mindset is needed from both forces and suppliers. Jamie Wilson explains why solutions providers need to move away from the traditional supplier-customer relationship and instead become collaborative business partners.

Today, digital policing is a red hot topic and, as such, it’s attracting a wide array of suppliers bombarding forces with marketing messages about solutions that can meet every challenge. The fact is that every police force knows it needs to do something, but what to do and how to do it are the $64,000 questions.

Police forces are not like commercial organisations that can make swift and sweeping changes. They cannot afford (either financially or operationally) to make a wrong move. The Metropolitan Police Service, for example, has a procurement process designed to ensure suppliers are financially, commercially and technically capable of meeting its requirements for delivering value in a given contract. However, this process relies on knowing exactly what’s required in the first place.

For large forces like the Met this may not be such an issue, but for smaller police forces it can be a problem.

The good news for police forces and suppliers alike is that, in the past 12 months, there have been great strides made in assisting technology suppliers to work with the 43 forces in England and Wales, helping them to take advantage of the latest innovations. Two of the most exciting developments have been the creation of the Police ICT Company and the Digital Policing Board (DPB).

The Police ICT Company was established in early 2015 to be a bridge between the policing, technological and commercial worlds, helping forces to buy ICT better, manage it better and exploit new capabilities more quickly.

The announcement of this new entity was set against a backdrop of pressure from the Government to use technology to do the same (or more). When the proposal to establish the company was approved, it was stated in a press release from the Association of Police and Crime Commissioners that it could ultimately save police forces a sum estimated to be up to £465 million per annum.

The latest venture is the DPB, chaired by Stephen Kavanagh (Chief Constable of Essex Police and and National Police Chiefs’ Council lead for digital investigation and intelligence). In a recent interview with SC Magazine, Kavanagh explained the role of the DPB. “The intention from British policing is that we sort out, from the moment someone wants to contact the police through to when we present evidence at court, a more consistent, coherent vision and ambition about how we’re going to improve, how we reduce the postcode lottery that currently takes place and how we help industry to help us in keeping the community safe.”

In a further article published by Computer Weekly before the first DPB meeting in May, it was reported that Kavanagh expects to see an improvement in police forces’ engagement with tech firms in the next three-to-six months. He went on to correctly observe that there’s a common interest in the UK technology sector in helping police forces to be more effective.

Speaking for my organisation, we conceive, develop, deploy and strive to improve our solutions by listening to forces, not only in England and Wales but right across the world. A hugely valuable by-product of this process is the rich level of insight we learn about the current challenges and requirements each force is facing.

By embracing suppliers as partners and working collaboratively, it can really help to level the playing field by sharing this knowledge and experience from the largest to the smallest force, whether it’s about rolling out body-worn cameras or a digital evidence management platform.

In doing so, it also helps to instil Best Practice across every force, in turn contributing towards the demise of the postcode lottery referred to by Stephen Kavanagh.

It’s naïve to ignore that the situation in play will always be a commercial relationship, but we do need to focus less on the commercial and more on the relationship.