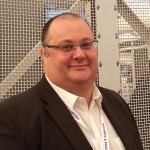 The tragic human cost of the present refugee crisis unravelling across mainland Europe finally crashed into our mass conscience with the gruesome images of the body of a three year-old Syrian boy washed ashore in Turkey. Consequently, the rhetoric around whether to lock down our borders or open them more widely has become ever more strident. Chris Plimley relates his views on the matter.

The ultimate human tragedy of the wave of migrants besieging the borders of western Europe really came into focus last week as pictures of the lifeless body of Aylan Kurdi – one of at least 12 Syrians drowned in a desperate attempt to reach the Greek island of Kos from Turkey – appeared on every newspaper front page, our television screens and the online news channels.

The harrowing image of the toddler lying lifeless, face down in the surf near the ever-popular Turkish tourist resort of Bodrum really captured the appalling risks refugees are prepared to take to reach the Western World. It eventually emerged that Aylan’s five year-old brother had met a similar fate.

Within hours, it was the top trending image on Twitter – along with a second photograph of a solemn police officer carefully and respectfully carrying Aylan’s tiny body away – under the hashtag #KiyiyaVuranInsanlik (which translates as Humanity Washed Ashore).

Undoubtedly, this episode has kick-started a shift in the mood music around the refugee crisis and, some might say, a U-turn in British Government policy after a petition on Parliament’s website for Britain to accept more asylum seekers and increase support for refugee migrants across the UK had gained a substantial total of more than 430,000 signatures at the time of writing.

That – and the fact that Scottish National Party leader Nicola Sturgeon reacted quickest to the majority public mood by saying Scotland would take 1,000 refugees – prompted Prime Minister David Cameron to state on Monday of this week that, by 2020, the UK will accept up to 20,000 individuals from camps surrounding Syria. Apparently, priority will be given to vulnerable children.

The present migrant crisis has seemingly divided the 28-nation European Union’s – and indeed British – public opinion. However, a telling statistic is that, in a similar time frame to its cousin, a counter petition to refuse asylum seekers and remove support for refugee migrants in the UK had gleaned a paltry 2,391 signatures. 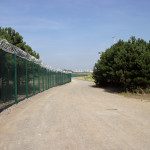 It’s the same with the argument about national borders. Some advocate opening them up, much as happened when the blockade of Budapest station finally lifted a week ago, while others wish to see impregnable fences erected around our frontiers, particularly as we reside in an island state with only a handful of entry points from the European mainland.

We know all about the latter approach. Zaun installed its 358 steel mesh topped with razor coil around the entry to the Eurotunnel on the French side and has also supplied its Flexible Steel Topping to prevent migrants from scaling fences.

Two months ago, the security hype surrounded Calais, as we ourselves discovered with media enquiries from Agence France-Presse to the Wolverhampton Express & Star and from Perimeter Systems to The Sunday Times.

At that point, a newspaper investigation revealed that a group of 30 migrants had seemingly walked through the UK’s advanced border by cracking the code on a security gate near Calais. They trekked for around a mile through the Coquelles Channel Tunnel area and, when confronted by said security gate, simply ‘guessed right’ by dint of the worn keys displayed on the keypad.

With so much concern around the present migrant situation, the British Government has invested more than £2 million in detection technology, £1 million on dog teams and an additional £12 million designed to bolster security provision on the country’s most vulnerable border.

Now, though, the media frenzy – and, therefore, the political focus – has shifted to Turkey and Greece and the land route up through the Balkans towards Germany, Austria and Sweden.

Only three weeks ago, Turkey announced its plans for one of the world’s most substantial perimeter fences along the 560-mile border with Syria after a suicide bomb left 32 people dead in the town of Suruc. The Turkish Government is mightily determined to combat terrorism and has thus decided on this radical physical barrier approach. 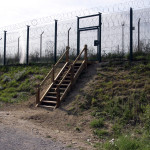 It will be relatively simple in its design, although the execution will take a good deal of work. A 150-mile concrete wall topped with razor wire will be the centrepiece, together with a strengthened fence and a patrol road that deals with the other 400 miles of border zone.

Security fencing, then, is the preferred solution for what’s undoubtedly one of the toughest borders in the world to patrol.

Drones, mobile surveillance vehicles and a main Command and Control Centre will also contribute to the security effort. With fighters heading to Syria travelling freely through Turkey for several years now, the Government knows it has a fight on its hands to stem the tide of refugees joining the ranks of IS.

Assistance from the United States

For its part, the US has pledged its support for this bold perimeter protection move and will help with construction of the modular wall. Along the rest of the border, wire fencing will be reinforced and supported by a 200-mile ditch as well as an increased military presence.

Around half of Turkey’s border patrol is focused on Syria and, considering Turkey also shares borders with Iraq, Iran, Armenia, Georgia, Greece and Bulgaria this is a pretty remarkable share of the resources.

With increasingly advanced surveillance solutions available, it speaks volumes that a Government would commit this much time, money and resources on building a traditional wall. When it comes to keeping unwelcome people out, the clear message here, at least, appears to be that there’s simply no substitute for a physical barrier.

Watch this space, though. The mood music may have shifted once again in the time that it has taken you to digest the above.