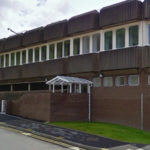 On Wednesday 12 June, Alan Blake (35) of Cardiff pleaded guilty at Merthyr Tydfil Magistrates’ Court to working as a door supervisor despite having had his licence suspended following a conviction for criminal damage at Glamorgan Valley Magistrates’ Court on 19 April last year.

South Wales Police suspected that Blake was still working as a door supervisor after his licence was suspended and alerted the SIA. The police were able to confirm to the SIA that Blake worked at the Iron Dragon on five occasions in October and November last year.

The SIA subsequently interviewed Blake. He admitted to using his brother’s licence details (unbeknown) to enable him to resume his role as a door supervisor. Alan Blake worked under contract to Amber Taverns, the pub chain that manages the Iron Dragon.

The SIA is continuing its investigations into Blake’s employer.

Nathan Salmon, the SIA’s criminal investigations manager, said: “Alan Blake deliberately disregarded the licensing regime as he continued to work as an unlicensed door supervisor when his licence was suspended. The process of suspensions is necessary for the SIA to assess the suitability for someone to hold a licence and ensure public safety.  This was a course of conduct with offending on five separate occasions over a period of three weekends. He also dishonestly used his brother’s licence number to obtain employment and bypass the regulatory regime which is enshrined in law to protect the public.”