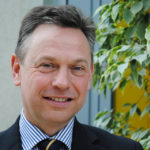 The Home Office has extended Tony Porter’s contract as Surveillance Camera Commissioner for a further three years. Porter, who previously held roles in business and law enforcement, including as temporary assistant chief constable at Greater Manchester Police and vice-president and head of physical security intelligence at Barclays Bank, took up the role as Commissioner back in March 2014.

He was originally appointed for a three-year term ending on 10 March this year, but the Home Secretary Amber Rudd and Permanent Secretary Mark Sedwill have now extended Porter’s term from three to six years, with his new contract now expiring on 10 March 2020.

The Home Secretary commented: “The role of the Surveillance Camera Commissioner in providing oversight and compliance with the Surveillance Camera Code of Practice is a vital one in our modern society. Tony has done an excellent job over the last three years, and I’m pleased to be able to extend his contract to allow him to continue his important work through to 2020.”

In response, Tony Porter said: “I’m delighted to have my commission extended for a further three years. With the help of my Advisory Council and many others, I’ve been able to raise standards across surveillance camera users and protect individuals’ right to privacy through tools such as self-assessment and third party certification. There’s still much important work to be done, though, and I’ll be launching my National Surveillance Camera Strategy for England and Wales later in the year in which I’ll set out my vision up until 2020.”

The Surveillance Camera Commissioner is directly responsible for:

*encouraging compliance with the Surveillance Camera Code of Practice

*providing advice on the effective, appropriate, proportionate and transparent use of surveillance camera systems

Porter joined Greater Manchester Police in 1982 and went on to hold numerous senior policing roles including command of the North West Counter-Terrorism Unit. He was awarded the Queen’s Police Medal in 2008 for distinguished service to policing.

The British Security Industry Association (BSIA) has welcomed the news that the Surveillance Camera Commissioner’s contract has been extended by the Home Office. The BSIA has been pleased to see the Commissioner make significant strides in encouraging compliance with the Surveillance Camera Code of Practice during the first three years of his tenure.

The BSIA’s director of technical services, David Wilkinson, told Risk UK: “The BSIA is pleased that Tony Porter has accepted an extension of his commission until 2020. We have enjoyed a productive relationship with the office of the Surveillance Camera Commissioner since its inception. Tony has demonstrated that his vision for surveillance camera regulation is very much in line with our own. On behalf of our members, I look forward to continuing to work with the Commissioner over the next three years. I expect that we will continue to see improvements in the standard of surveillance camera system usage during that time.”

Simon Adcock, chairman of the BSIA’s CCTV Section and the lead on the industry strand of the National Surveillance Camera Strategy for England and Wales, added: “Working with Tony Porter has provided a golden opportunity to improve the way in which manufacturers and service providers work with buyers to deliver effective and compliant systems. The work of the industry strand of the National Surveillance Camera Strategy has been focused on educating buyers on what to expect from a knowledgeable, professional service provider as well as providing practical guidance to help them comply with the Code of Practice. Ultimately, we’re aiming to establish and promote a set of good practice guidelines that should be met by anyone providing professional video surveillance services.”

The BSIA will continue to work closely with the Surveillance Camera Commissioner and his office throughout the remainder of his contract, providing guidance on behalf of the industry and support to the initiatives that develop over the coming years.

BS 9999 Fire Safety in the Design, Management and Use of Buildings revised by BSI