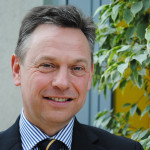 The UK Surveillance Camera Commissioner and the British Standards Institution (BSI) are conducting a survey designed to ascertain how people go about finding information on CCTV.

The survey will run until the end of January. The findings from the study will ultimately be used in order to:

*raise awareness of the regulatory environment, the role of standards and the Surveillance Camera Code of Practice

It’s an online survey and should take no more than ten minutes to complete.

Tony Porter, the UK Surveillance Camera Commissioner, commented: “The standards and information framework for CCTV is horribly complex. My Standards Group has been working hard to look at how we can simplify it. While we’re making some headway, this piece of research to be headed up by the BSI will really help inform how we can continue to make things easier for people who use CCTV day in and day out. I’d urge anyone with an interest in CCTV to complete it.”

Cumbria is the second largest county in England and has some of the most rural and remote areas in the country. The Police and Crime Commissioner (PCC) Richard Rhodes, the police service and the local authority have joined forces to develop an effective CCTV system that helps protect communities across the breadth of the county.

“In 2012,” stated Rhodes, “there were six independent surveillance systems operated in Cumbria by six District Councils. They were out-of-date, expensive to run and working on analogue technology. Added to this were funding shortfalls facing the District Councils which meant that, by the end of 2013, there wouldn’t have been any operational CCTV cameras in the county.”

In Cumbria, CCTV is viewed by the police service as an important tool in deterring and resolving crime. In tandem, it’s important to ensure that relevant people are consulted before the installation of any scheme such that they fully support the use of CCTV.

PCC Rhodes added: “I spoke to each District Council on the need for CCTV coverage, and the response was that there was a need to protect their communities and to keep them safe from crime. We also consulted businesses and residents through neighbourhood policing teams to gauge the community’s input, and the District Council’s view was supported by these conversations.”

By working together, the PCC, the local authorities and the police service were able to engage with a consultant to develop a system that works for the county. Cumbria now has a CCTV scheme in place covering six towns that can provide reactive and proactive support to incidents with a single Control Room based at the police headquarters.

It’s now possible to demonstrate to communities on a wholly transparent basis how CCTV has protected them thanks to the publishing of monthly, quarterly and annual statistics.

PCC Rhodes continued: “The partnership energised by myself, the police service and the local authority was the first of its kind in the county. The overall reaction has been that it has worked well and that the real benefits are being felt by local communities. I would strongly recommend such a multi-partnership approach. We will be reviewing how budgets might allow other opportunities for collaboration on this scale.”

Chief Constable Jerry Graham added: “CCTV is one of a number of important tools we can use to help solve crime and keep our local communities safe. The new system provides consistent and improved CCTV coverage across Cumbria. CCTV acts as a deterrent to would-be criminals, helps track offenders and gather evidence. Our systems has been designed in such a way that means it can be expanded in the future if required or if or when additional funding can be secured.”

This kind of joint approach shows how public sector organisations can work together to provide a framework for CCTV that protects the community while at the same time maintaining its right to privacy as well as offering value for money.