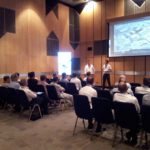 The 2016 Cortech Open Innovation Event (COIE) Series – for which Risk UK is the Official Media Partner – rolls into The Lighthouse in Glasgow on Wednesday 14 September. The gathering of risk and security professionals focuses on a showcase for the latest advances in security, fire and building control technology and offers a platform for participating manufacturers to demonstrate how interoperability between systems can reduce risk and cost, improve operational efficiencies and provide greater situational awareness for practising end users.

Following on from the success of the Knutsford event on Tuesday 12 July, there are four supporting manufacturers taking part in the Glasgow COIE – namely Bosch Security Systems UK, Intech Solutions UK, Harper Chalice and Vingtor Stentofon-Zenitel UK. Each has moved to outline the benefits for end users in the audience who’ll be learning about Best Practice in CCTV, Control Room design and management, perimeter security and audio-data communication.

“Today’s business leaders demand far more detail from their video surveillance footage than in days gone by,” stated Karl Haw, head of business development at Bosch Security Systems UK. “Higher resolutions, higher frame rates, better light sensitivity and excellent dynamic ranges all matter when it comes to capturing images that can distinguish individuals or objects for irrefutable evidence. If you consider that less than 1% of CCTV data is ever used – and 90% of screen activity missed by operators after just 20 minutes – it becomes clear that focusing on what’s relevant is vitally important.”

Video analytics act as the ‘brains’ of a given security system, using metadata to add sense and structure to the footage produced. In turn, this enables network video cameras to understand what they’re seeing and alert the end user to any potential threats the moment they happen.

In effect, then, each camera becomes ‘smart’. Operators are able to retrieve the right footage from hours of stored video in an instant, analyse the scene(s) and take appropriate action on a faster and more efficient footing.

“Video analytics make all of your data far easier to manage,” continued Haw. “What’s more, all of the analysis can be conducted in the camera. This reduces network strain and storage requirements by streaming only the data that’s needed. This data can be video footage that includes the metadata, or the metadata on its own.”

Of course, video surveillance data is now increasingly connected across local and global networks. A growing number of edge components (ie cameras) send their data to core components (ie servers) over the Internet, wherein digital intruders and hackers do loom. As video data is often highly critical and sensitive in nature, it’s important to drive a systematic approach towards maximising that data’s security by considering physical safety and cyber security in tandem.

Haw went on to state: “The highest standards may be achieved with a four-step approach that considers the entire video surveillance infrastructure. Trust can be created by assigning every component in the network an authentication key. Data can be secured from hackers by encrypting it at the hardware level using a cryptographic key.”

Moving into the Control Room

Peter Booth is the managing director at Control Room designer Intech Solutions UK. The business has designed operational Control Rooms for the last 30 years, and Booth notes how interesting it has been to witness ways in which the emphasis on the operator has changed during that period.

“Health and Safety has played a major part in bringing the operator into sharp focus,” observed Booth in conversation with Risk UK. “The days of the archetypical security officer are something of a distant memory, while forward-thinking and proactive operators are now strongly embedded within the overall Control Room philosophy.”

In terms of operator efficiency and well-being, Booth is absolutely adamant that ergonomics are now playing a major part as clients realise the importance of a proactive operator and the benefits that brings, not to mention the risks that a modern Control Room might harbour without the right attention to detail.

“It’s imperative the design of the Control Room meets all of the current standards such as BS EN ISO 11064,” asserted Booth. “This is most important when it comes to mitigating the risk of Repetitive Strain Injury claims as, sadly, society does now find itself in a claims culture.”

A simple design ethos which any new or existing Control Room management team can employ is that denoted by ‘ABC’. A is about being ‘Proactive’ such that all controls must be on hand and intuitive. B refers to ‘Reactive’ (whereby anything located outside of the A Zone is considered not to be crucial) and C represents ‘Should it be there? (ie idiosyncrasy can see the wrong equipment sited in the wrong location, so if it’s not needed then remove it). 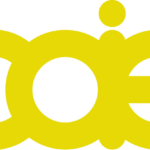 At the COIE in Glasgow, the focus for Harper Chalice – the recognised specialist in electronic perimeter security solutions – will be how clients can mitigate the risks identified for their site and guarantee system performance by ensuring they select the right systems.

“We’ll be explaining and demonstrating the benefits of selecting CPNI-approved products for security projects,” explained general manager and director Chris Hackett, “even when the site doesn’t fall into the CPNI bracket. Displaying the value of this approval in terms of long-term investment, risk mitigation and guaranteed performance is the primary goal.”

Harper Chalice is also set to look back at how systems and technology should be selected, while also challenging the ‘old school’ thought processes around standard security design.

“That approach almost always results in compromise,” suggested Hackett. “When assessing risk mitigation, with all of the technology that’s available today, we shouldn’t be accepting compromise. Instead, it should be all about an assessment of combinations of technology, either different technologies for different sections of the site or multiple technologies on the same areas of the site for increased security, all of which will be determined by the risks identified at the outset.”

Russell Baker is business development manager at Vingtor-Stentofon, the global brand of Zenitel Group which specialises in secure communication systems. The company will be present at the COIE in Glasgow to offer Best Practice advice for attending end users.

“With increasing threats posed to today’s sites, it’s fair to state that access control is paramount,” outlined Baker, “and also that, when access is denied, it’s imperative the communication offered is clear.”

As a business, Zenitel produces state-of-the-art audio technology which makes it possible for individuals to hear and be heard anywhere, anytime. Its Turbine Intercom Series is capable of giving crystal clear audio while cancelling unpleasant background noise. Indeed, models within the Turbine Series are designed to withstand extreme fluctuations in temperature and vandalism as well as dirty and dusty environments while delivering HD quality audio.

“Current audio technology allows integration though open protocols,” explained Baker, “making it possible for the end user to incorporate audio within the overall security system or easily integrate it with other communication systems. System integration really is the key to efficient operation when you’re talking about combining audio with other security technologies.”

Speaking about the COIE Series for 2016, Jason Blundell (head of sales at Cortech Developments) informed Risk UK: “Cortech Developments specialises in mitigating risk for organisations within high security environments and critical national infrastructure. Managing building, fire, security and energy systems disparately across multiple sites is an acknowledged risk. This often involves monitoring hundreds or thousands of circuits with a wide range of control technology. It’s daunting for an operator in the instance of simultaneous events, where speed and consistency of response in line with company procedures is a prerequisite.”

Blundell continued: “Through smart integration, we’re able to address many of the challenges and risks faced when operating multiple technologies across multiple sites with a particular emphasis on areas such as prioritisation, escalation, verification, accountability, efficiency and return on investment.”

In conclusion, Blundell commented: “At the event in Glasgow, Cortech will provide an educational insight into threat and risk strategies, while also demonstrating the latest smart integration techniques for delivering sustainable cost reduction.”

*Further information on the COIE Series for 2016 is available at: www.coie.uk.com

**To register for the COIE in Glasgow on Wednesday 14 September visit: http://www.coie.uk.com/#!glasgow/v751z