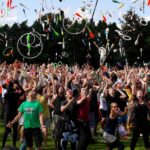 The UK is home to some of the world’s greatest summer music festivals, including Glastonbury, Download, the V-Festival and Creamfields. Each of these events attracts crowds from across the world, which are drawn in by the creative stage designs, the events’ abilities to capture the greatest acts and their unique atmosphere. As a result, writes Gavin Hepburn, the amount of people attending festivals in the UK has risen by 12% – in point of fact, no less than 3.9 million people attended a UK music festival in 2016 – with the sector now estimated to be worth £2 billion to the UK’s economy.

It’s not just major festivals that are drawing in huge crowds. In fact, the UK now hosts a wide range of small events across the country, including farmers markets and Gala Days, most of which are held in local towns and villages and play a crucial role in benefiting local economies and businesses.

With such large volumes of people attending events, ensuring robust security measures are in place that can cope with huge crowds is extremely important. Over recent years, stepping up security has become even more of a focal point for event organisers, especially so following the surge in terror attacks that have taken place across Europe.

In 2017, popular European cities such as London, Barcelona and Stockholm all fell victim to appalling vehicle-borne terrorist attacks. These incidents have shown just how vulnerable cities and public spaces are to being attacked and has further emphasised that an attack can never be ruled out.

Sadly, festivals and local events make an ideal target for attackers. This is simply because event sites are often filled with large numbers of people that are confined to small crowded areas, meaning that an attacker could cause a great deal of irreparable damage and distress within a short time frame. We only need to look at the fatal attacks at the Manchester Arena in 2017 and the attack at the Bataclan Theatre in Paris back in 2015 to see how destructive attacks on music events can be.

Attackers are also evolving their methods of causing destruction in a quick and effective way. Hostile vehicles are now becoming their weapon of choice, as they can be easily bought, stolen or hired and then easily driven into large crowds to inflict huge amounts of damage in a few minutes. With thousands of attendees preparing themselves for this year’s festival season, this presents attackers with a large number of possible targets.

Given that public hotspots and busy event venues have increasingly become the subjects of devastating incidents, a considerable amount of attention has been given to stepping up security to ensure that people are kept safe while they’re in attendance. 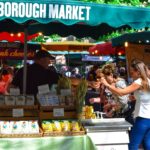 At the Glastonbury Festival, for instance, festival organisers advised attendees to pack lightly and place luggage tags/identification labels on all of their bags, which would then go through a more in-depth and thorough search by security staff. Further security measures introduced included extra security personnel being deployed around the festival site, along with security staff carrying out extensive searches on cars entering the site’s parking facilities to identify and neutralise any potential threats.

In the Midlands, at the Download Festival held at Donington Park, festival organisers worked closely with the local police and security forces to run emergency exercise training sessions for staff, which would train them in how to deal with a range of low-to-high category security issues. Extra security measures were also implemented by the event organisers, such as having a team of 24/7 sniffer dogs that would search the site’s grounds, as well as having CCTV systems on site, along with plain-clothed security operatives who would blend into the crowds to identify and prevent any suspicious activity.

Looking ahead to this summer, we could well see festival organisers adopt facial recognition technologies. These are increasingly becoming popular with security officials as they enable them to quickly identify and apprehend suspicious individuals. At this year’s Commonwealth Games in Australia, for example, security officials used facial recognition cameras on public transport, such as trains and buses, to identify and catch terror suspects before they were able to reach popular tourist spots. At festivals and events, the same technology could be used effectively at site entrances and security checkpoints designed to check each individual before they’re able to enter.

Towards the end of last year, thousands of people who attended Christmas markets and additional outdoor festive events, such as New Year celebrations, would have likely noticed an increased presence of armed and unarmed police officers across the country. The deployment of more officers was not only in response to the Manchester attack, but also to those aforementioned attacks conducted in both London and Barcelona.

At the 2017 New Year celebrations in London, more police officers were deployed around key public hotspots, such as the London Eye, amid growing tension that an attack could be imminent. It was even revealed that, across some of Britain’s most populous cities (ie Edinburgh, London and Manchester), the UK’s most elite special forces unit, the Special Air Service (SAS), was deployed to monitor and protect attending crowds with armour-piercing rounds that can disable a moving vehicle from over a mile away. 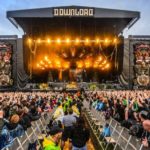 As we head into festival season, it’s safe to assume that similar tactics will be used to safeguard attendees at public events, such as an increased police presence along with the deployment of armed police officers. The Government has already pledged an additional £50 million for police forces to fund more armed police patrols.

Bollards and barriers used to protect the perimeter

Another familiar sight at public events over recent months has been the use of large concrete bollards, which have been installed to bolster perimeter security in response to the surge in vehicle-related attacks.

At both the Birmingham and Manchester Christmas Markets, for instance, these heavy-duty structures were used to create a ‘ring of concrete’ around the festive markets, with the aim of preventing any vehicles from mounting the pavements and going on to cause great harm. Bath City Council went even further with its use of these solutions, deciding not only to use the concrete barriers to protect the perimeter of its markets, but also installing them around key public hotspots and popular landmarks, including Bath Abbey. 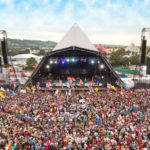 Of course, while the concrete barriers do act as a deterrent against vehicle-borne attacks, their size and intrusive presence can in fact create additional dangers for pedestrians. Often, pathways have to be narrowed or pedestrian zones made smaller to make way for these huge structures to be put in place. This can make it much harder, and potential hazardous, for people trying to pass through these barriers.

If these obstructive concrete blocks were to be used at event sites, it could create additional security issues. When it comes to festivals, it’s often common to see large crowds congregating outside the festival area waiting to access the site. Given that tens of thousands of people could be queuing at any one time, the prospect of narrowing queue lines could cause people to trample and injure one another when confined in a small space, or otherwise position them as ‘sitting ducks’ for potential vehicle attacks. 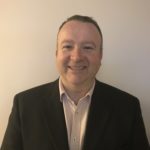 To enable festival-goers to be able to move freely around event sites, security officials should look at using more appropriate solutions that can keep people safe from vehicle attacks, while at the same time enabling them to pass safely through them. For example, many temporary Hostile Vehicle Mitigation (HVM) barriers are not only capable of bringing large moving vehicles to a standstill, but people and their bags can pass safely through them without disruption due to their ‘pedestrian permeable’ design.

The world is enduring great times of uncertainty, with a heightened security threat and large open public spaces becoming the targets of vicious attacks. In the run-up to some of the UK’s biggest and best summer events and festivals, it’s vital that festival organisers and security officials work together to keep sites safe and secure. If not, then sadly this summer’s events could be marred by yet more tragic terror attacks.

Gavin Hepburn is Sales and Marketing Director at ATG Access