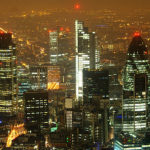 The City of London Police has successfully tested its readiness in the event of a terror attack in the capital. With the support of City businesses Aon and Lloyd’s, the force – which has responsibility for ensuring the safety and security of the Square Mile – participated in a realistic counter-terrorism training exercise on Saturday 15 October to test officers and City staff in their normal working environments.

The two-hour exercise took place in the Leadenhall Street area, with the street closed to vehicles and pedestrian access for the duration to allow for a real-life setting as officers used the opportunity to test reactions and see how key agencies would respond in the event of such an incident.

Chief Superintendent David Lawes from the City of London Police commented: “I would like to thank all officers who participated for their excellent efforts, as well as the staff from all the different City businesses involved. Without their help, this exercise wouldn’t have been possible. It has demonstrated how communities working together can help to defeat crime and terrorism.”

Lawes continued: “We’ve been planning to take part in a joint exercise with our Emergency Services partners and the security teams at Aon and Lloyd’s in order to test our shared response to a terrorism-related spontaneous attack and identify any areas for development. If such an event does take place, it’s absolutely vital that we’re agile, co-ordinated and well-rehearsed in our response. Exercises like the one we’ve just participated in give us the chance to learn valuable lessons on how we can further improve our understanding of countering terrorism.”

A spokesperson for VSG, which provides security for Aon and Lloyd’s, added: “We have been working in partnership with the City of London Police in various guises for some time now, and this exercise has brought us even closer together. Exercising is a vital part of our preparedness for responding to any major incident. It helps us to ensure that both ourselves and all of our clients are as ready as we can be for whatever might happen. The police and the Emergency Services do an extremely important job in keeping the public safe. This training, planning and preparation to deal with all eventualities is essential. We’re now looking forward to planning more exercises.”

The City’s historical, cultural and economic significance means that it will always be an attractive target for those intent on causing high-profile disruption. By continuing to protect the City of London from terrorism, the City of London Police safeguards the UK’s interests as a whole, as well as all those whom it serves in the City (including the 380,000 individuals who work there as well as its 8,000 residents).

Recently, there has been a deeply worrying increase in terrorism across the globe, with indiscriminate attacks of horrifying violence taking place in Nice, Paris, Tunisia, Brussels and elsewhere in 2015 and 2016. This has clearly led to a renewed focus in the counter-terrorist activity of the City of London Police.

Its work in this area is conducted in line with the Government’s CONTEST strategy, which aims to reduce the risks posed by terrorism and support the strategy’s ‘Pursue’ and ‘Prevent’ strands.

The City of London Police’s own counter-terrorism work is committed to increasing firearms capability, as well as continuing the highly successful Project Servator (which seeks to disrupt hostile reconnaissance) alongside engagement and training activity via Project Argus and Project Griffin designed to ensure businesses and communities know what precautions they need to take.