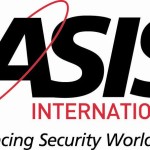 Over 650 security business sector professionals gathered at the Business Design Centre in London from Wednesday 6 April to Friday 8 April for the fifteenth annual ASIS European Security Conference and Exhibition.

The educational programme on offer provided more than 50 sessions across five separate tracks, in turn covering the full spectrum of security management topics including the terrorism risk outlook, the Internet of Things, ‘The Insider Threat’, cyber security, Duty of Care and organisational resilience in today’s world.

The opening Keynote Address given by Superintendent David Roney from the UK’s National Counter-Terrorism Policing headquarters outlined the UK’s counter-terrorism approach as well as the police service’s ‘Prepare and Protect’ strategies, highlighting the overriding need for partnership between law enforcement, businesses and security service providers alike. 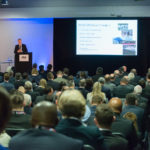 With conference delegates primarily those occupying senior management positions, the dedicated sessions from the ASIS CSO (Chief Security Officer) Round Table and the Keynote Address on leadership courtesy of Juan Carlos Pastor PhD, professor of organisational behaviour at the IE Business School, provided direction and debate for those responsible for large operational teams.

One of the three-day event’s highlights was the closing Keynote Address given by Aimen Dean (aka ‘The Spy Who Came in from Al-Qaeda’) who provided ‘an insider’s view’ on the origins and current state of a range of Islamist extremist groups operating across the Middle East, Europe and Africa. 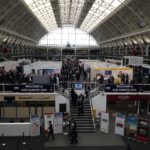 Dean’s analysis concluded that ISIS’ strategy is to weaken the European Union by causing turmoil and tension within Member States. According to Dean, ISIS views the UK’s EU Membership Referendum as an opportunity to advance that aim by targeting the UK in the run-up to polling day, hoping to cause panic, reinforce the chances of a vote to exit the EU and, ultimately, claim the UK’s exit from the EU as a victory for its own propaganda campaign.

The ‘social hub’ of ASIS Europe 2016 was the exhibition floor where 34 exhibitors displayed cutting-edge technology, services and solutions for today’s security challenges. Exhibitors also had the opportunity to present their latest analysis and research in the technology and solutions track. A new feature at this year’s event, there was standing room only for many of the sessions. 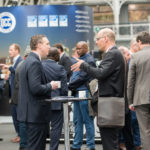 Three evening receptions extended the networking time available outside of the main venue. These were the Welcome Party at the Leadenhall Building, the President’s Reception in the iconic Egyptian Sculpture Gallery of the British Museum and the Closing Reception hosted by ASIS International’s UK Chapter at the House of Lords.

At the end of the event, Baroness Harris of Richmond stepped down as ASIS UK’s Chapter Patron.