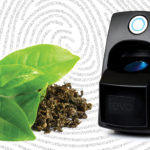 Finlays already had a PAC access control system in place for exterior doors, and number code locks were fitted to the doors of their server rooms but, on reviewing security, the company wanted to improve the level of security for the latter. The key requirement was to ensure access to the server rooms was controlled only by the members of the Finlays IT Department. IT staff work standard office hours so, should access be required to the server rooms outside of those hours, the code for the locks would have to be shared with others or a member of the IT team would have to return to site.

Finlays had ruled out a card/tag-based access control system due to the inherent issues with lost, stolen or borrowed cards, and had instead decided that a biometric system would be the right solution for the business.

A number of security companies were approached, including STANLEY Security. “It’s a name we knew and we have a lot of STANLEY Security’s product on site,” stated Stephen Firth, Finlay Group’s senior IT support engineer. “We also have a PAC system which shares the same software that the STANLEY Security biometric system runs on, so it meant we could easily add to the existing system and view both using the same software, although they’re run as stand-alone systems for added security.”

STANLEY Security has installed ievo biometric fingerprint readers to four server room doors at Finlays. The system features advanced image reading sensors that take a detailed scan of a finger from the surface and subsurface levels of the skin to capture a highly accurate digital image, while also protecting against fake and spoof fingerprints.

Specific data from the image is converted into a digital template used for fingerprint identification. Providing a user presents a finger that matches a stored user template then access will be granted.

ievo captures clear, clean images, even when surface features are absent or hard to distinguish due to age, dirt, finger pressure and skin or environmental conditions.

Finlays is pleased with the new biometric access control system as it provides the company with the security required, but also convenience. “Now, IT has full control of who enters the server rooms and there’s an audit trail,” observed Firth. “We don’t have to worry about who has keys to the IT office and who knows the code for the server rooms door locks. What’s more, IT can open any door on the system remotely should it be required, rather than staff having to return to site. With one of the racks on our server belonging to someone else, that’s an important consideration should members of staff need to gain access out of office hours.”