A standardised training framework for police officers is a good idea as long as there’s “a tangible benefit to the public” states the Police Federation of England and Wales.

The College of Policing has announced the beginning of consultation around proposals to introduce academic recognition for the existing police workforce, a practical police degree for future entrants and a higher level apprenticeship which combines on-the-job training with studying towards a high level qualification.

Steve White, chairman of the Police Federation of England and Wales, said in response: “We do, and always have, supported accrediting qualifications to those officers already in policing to recognise their existing skills. We also support the idea that a framework, similar to that which the College of Policing is suggesting, might result in a welcomed standardisation across courses.”

White continued: “However, we’re concerned by the implication that would-be police officers might be put off joining the service because they’re unable to pay the up front costs of training. What would be next – fighter pilots in the RAF having to pay for their flight training? There’s a real danger of marginalising and excluding good quality candidates from all communities by limiting the pool of those potential candidates.”

The Police Federation’s leader also stated: “The most fundamental and important question that must be answered, though, is how does this proposal benefit the public which we serve? What’s the benefit to the public, in terms of policing delivery, to have officers holding pre-joining qualifications or serving officers becoming accredited?” 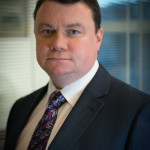 White added: “We have serious concerns around the idea of direct entry to specialist positions – for instance, superintendent level – because a degree isn’t an indication that someone will make a good police officer. Policing is a complex business that requires on-the-ground knowledge. The bedrock of the tradition of British policing is the omni-competent officer. Around the world the standard of British policing is held up as being exemplary, and we do not want to see that position diluted in any way.”

College of Policing proposals in detail

Currently, there’s no set education level nationally for any policing role or rank. Many highly-skilled officers and members of staff have carried out research and completed training without receiving any externally recognised qualifications for their work.

The College of Policing has examined the level at which the police already operates. For example, constables are working to graduate level six. which is degree level.

Under the proposed Policing Educational Qualifications Framework (PEQF), each rank would be given a minimum qualification level such that officers could receive recognition for their professional development. For example, it’s proposed that a Master’s level qualification would be required at the superintendent ranks. 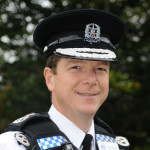 Chief Constable Alex Marshall, the College of Policing’s CEO, stated that the proposals are “a key step toward establishing policing as a profession” and come after initial members of the College suggested they wanted their learning and expertise recognised.

Chief Constable Marshall explained: “This is the first time in British policing that a proposal has been put forward allowing officers and staff, if they wish, to be recognised for their existing skills. Police officers are functioning at graduate level now, but we’re letting officers and staff down by not recognising their value in the wider world of work. This is our chance to address that anomaly.”

Marshall continued: “When police officers sit around a table with colleagues in other sectors, such as those from healthcare or probation, often we’re the only participants without transferable qualifications. An educational qualification will not replace the empathy, compassion and common sense already evident in policing, but it will allow police colleagues to gain due recognised for the complexity of the job they do.”

In conclusion, Marshall outlined: “We will now ask established academic providers to accredit prior learning and afford serving officers and staff the opportunity to gain a degree or other transferable qualifications.”