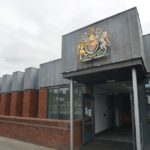 A Staffordshire door supervisor was fined at North Staffordshire Magistrates’ Court on 2 September after he was caught working at Moorville Hall Hotel in Werrington despite his licence having been revoked by the Security Industry Authority (SIA). Kevin Warburton, 50, of Stoke, pleaded guilty to working in a licensable security operative role while unlicensed and was fined £200.00. He was also ordered to pay £300.00 costs, as well as a victim surcharge of £30.00.

The SIA received a report in January that Warburton was working as a door supervisor at Moorville Hall Hotel, even though his licence had been revoked in December 2017. Warburton had ignored repeated messages from the SIA to return his licence. Staffordshire Constabulary seized the licence shortly afterwards following a request from the SIA.

SIA investigators formally interviewed Warburton in July and confronted him with time sheets showing that he had worked numerous times while unlicensed. Warburton admitted his offending, and claimed that “family upheaval” had prevented him from responding to letters from the SIA.

Pete Easterbrook, of the SIA’s Criminal Investigation Team, said: “The SIA robustly regulates the security industry and will seek to prosecute those who chose to ignore the legislation in place. Kevin Warburton was not licensed to work as a door supervisor, and yet he used his revoked SIA licence on a number of occasions. He deceived the company who employed him, and customers at the venue, by pretending that he was properly licensed. Security regulation exists in order to protect those who use contracted security services, not to mention the general public. Unlicensed security staff are not only illegal, but they are unregulated, unsafe and a potential risk to the public.”

District Judge Grego, sitting in Newcastle-under-Lyme, said that Warburton had committed a serious offence that could have resulted in a prison sentence. However, due to Warburton’s guilty plea, and in light of previous good character and mitigation offered by the defence, he deemed that a fine was appropriate.

Warburton now has 28 days to start paying his fine or face further penalties.