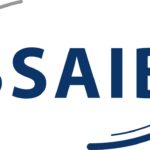 The Security Systems and Alarms Inspection Board (SSAIB) has been awarded a perfect 100% performance rating for Manned Services during 2016 following the latest release of assessment figures by the Security Industry Authority (SIA), the Regulator for the private security business sector.

This achievement is also “expected to see the SSAIB named as the top-rated assessment body” from the five approved bodies currently providing assessment services for the SIA’s Approved Contractor Scheme.

The approved assessment bodies must meet a wide range of performance criteria that includes the quality of reports, the submission of reports and visit plans – within specified timeframes – and the competency of assessors using a risk-based formula. Scheme managers must also submit a detailed monthly report that’s self-calculating when verifiable data is input to the system.

When asked about the company’s 100% performance rating from the SIA, SSAIB Manned Services scheme manager David Taylor commented: “We’re delighted with this achievement, which underpins the hard work that the Manned Services assessors have provided over the course of the year.”

Engineers of Tomorrow at IFSEC International 2017

In tandem, the SSAIB is now calling upon its registered firms to support this year’s Engineers of Tomorrow competition. Apprentices can win up to £1,000 and generate free publicity for their employers.

The SSAIB-supported competition takes place at IFSEC International 2017 – which this year runs between 20-22 June at the ExCeL Exhibition Centre in London – and confronts apprentices in the security industry with a written test in addition to a 90-minute practical examination.

As well as being able to prove their skills on an international platform, apprentices compete for three top prizes that could see them walk away with up to £1,000 in cash. Star performers will also be presented with their awards at November’s IFSEC Security & Fire Excellence Awards in London.

Firms are able to generate their own benefits as well. Supporting apprentice employees in the Engineers of Tomorrow programme will not only demonstrate to clients that security businesses are committed to the development of their employees, but the company of the winning apprentice(s) will also be rewarded with a complimentary seat alongside their protégée(s) at the IFSEC Security & Fire Excellence Awards.

SSAIB CEO Alex Carmichael commented: “This is a fantastic opportunity for all of our firms to put forward their best apprentices and show them off to the whole of the security industry. The prizes are great, but even just being involved will massively benefit both the competitors and their firms.”

The hour-and-a-half assessment period sees competitors working in pairs to review a previously installed intruder alarm system and identify any faults before re-commissioning the system and finishing with any additional security and/or safety measures.

Each entrant will then be marked by a panel of Judges from the security inspectorates – among them Trevor Jenks, David Roscoe and Richard Deacon from the SSAIB – and points duly allocated based on performance in the various disciplines. These marks will then go alongside those gained during a theory test to see who wins.