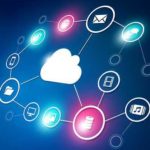 Imperva has launched its latest Cyber Threat Index, a monthly report and measurement of the global threat landscape based on data from Imperva sensors across the globe. In parallel, the company has also released the findings of the Cyber Threat Index monthly reports from August 2019 through to January 2020. They reveal sharp increases in high-risk vulnerabilities and public cloud-based attacks on organisations. Additionally, this month’s Cyber Threat Index score of 776 (on a scale of zero to 1,000) is the highest to date.

The Cyber Threat Index is a monthly measurement and analysis of the global cyber threat landscape across data and applications. With over one trillion total requests analysed and 21 billion application attacks blocked, it offers an unrivalled and comprehensive look at application security and provides an easy-to-understand score to consistently track cyber threat levels and observe trends over time. Viewers can dive deeper into the score and drill down for individual industries and countries, as well as view historic Cyber Threat Index scores.

The Cyber Threat Index is based on data gathered from Imperva sensors all over the world, including:

*hundreds of application and database vulnerabilities per month, as processed by security intelligence aggregation from multiple sources

Findings from the past six months include several key observations.

There has been a sharp increase (57%) in high-risk vulnerabilities, driving the Index up 8% from December 2019 to January 2020. Following the release of Oracle’s Critical Patch Update (which included 19 MySQL vulnerabilities), there was an unusual increase in the vulnerabilities risk component within the Index.

Specifically, there was a 57% increase in vulnerabilities that can be accessed remotely with no authentication required, have a public exploit available or are trending in social media, meaning that they pose a particularly high level of risk to businesses.

Web attacks originating from the public cloud saw a 16% spike from November to December 2019. Amazon Web Services was the top source of attacks, responsible for 94% of all web attacks coming from public clouds. This suggests that public cloud companies should be auditing malicious behaviour on their platforms.

Bots have used the Coronavirus hype for spamming. In the same month that the Coronavirus outbreak first came to light, Imperva observed two new spam campaigns that relied on the media hype around the Coronavirus. These messages lure people to enter a site that tracks the spread of the virus and also offers the sale of shady pharmaceuticals.

The latest Citrix bug gained more press than hacker interest. Despite widespread concern over the recent Citrix Application Delivery Controller bug, it was only ranked as the 176th most frequent attack vector seen this month. For comparison, high-profile attack vectors such as this typically rank among the Top 20.

The Citrix bug accounted for 200,000 attacks detected on the Imperva network, while the top attack vector in January accounted for over two billion attacks.

Most attacks target sources within the same country. Most of the Top 10 countries in which attacks originated were targeting sites within the same country. The exceptions were attackers from Germany and China who targeted US-based websites. This can be attributed in part to the fact that many websites under attack from different regions are located in US Data Centres. This finding shows that even cyber attacks conducted by foreign adversaries often appear to originate locally.

“The global threat landscape is evolving so rapidly that organisations need to have a constant pulse on it to stay one step ahead ofthe attackers,” explaind Nadav Avital, head of security research at Imperva. “We built the Cyber Threat Index to provide our customers and the industry at large with the valuable actionable insights around data and application threats that our massive network contains. The Cyber Threat Index is a testament to our technological capacities and security expertise, as well as our dedication to improving the world’s security posture as a whole.”

The Cyber Threat Index was created by Imperva Research Labs, a premier research organisation for security analysis, vulnerability discovery and compliance expertise. The organisation provides round-the-clock research into the latest security vulnerabilities and is comprised of some of the world’s leading experts in data and application security.

Imperva Research Labs publishes reports such as The State of Vulnerabilities in 2019, which revealed that the overall number of new vulnerabilities in 2019 increased by 44.5% compared to 2017, and the 2019 Global DDoS Threat Landscape Report, which found that the majority of attacks originated in China and the Philippines, while Ukraine experienced the most application layer DDoS attacks with over 20 DDoS incidents per site.

*The Cyber Threat Index is available at https://www.imperva.com/cyber-threat-index/