Spies in the Sky? 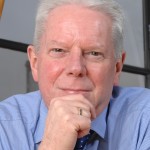 For many members of the population, drones are viewed as nothing other than harmless fun. However, with the US Federal Aviation Administration having just approved retailer Amazon’s plans to begin testing drones for online deliveries Stateside, such occurrences have kick-started a heated debate around their use and whether or not it should perhaps be more tightly controlled. Peter Webster assesses the negatives and plus-points of unmanned aerial vehicles

The must-have Christmas present last year – particularly for boys both big and small – was a drone or unmanned aerial vehicle. While to the uninitiated they might just appear to be a variation on the traditional remote-controlled helicopter, sales of recreational drones are now shooting through the roof. At present, those sales run at a rate of between 1,000 and 2,000 units per month.

Basic flying craft cost anywhere between £35 and £50 right up to the sophisticated long range HD video streaming ‘specials’ travelling at 45 mph and hitting the wallet to the tune of several thousands of pounds.

These machines can deliver incredible views captured from above and have the ability to stream video footage to a smart phone or tablet, but it’s important to note here that only a minority have attended specialist training courses in how to fly them.

Of course, drones are nothing new. The first devices were used by the US military in the Vietnam War for reconnaissance. More recently, military drones have been fitted with missiles and now Sussex Police and Surrey Police have just been awarded £250,000 by the Home Office – via the Police Innovation Fund – to expand trials aimed at determining how drones could assist further with criminal investigation procedures. A drone trial at Gatwick Airport last year showed that, in some circumstances, the equipment could provide a faster, safer and cheaper alternative to police officer-led patrols.

The use of drones has certainly diversified over time, then. To prove this point, during 2014 and again in the first quarter of this year, many column inches were (and are) being dedicated to the fact that companies such as Amazon are boldly suggesting they can develop drones to deliver parcels ordered online.

Drones: a good or a bad thing?

While for most people drones are perhaps little more than a bit of harmless fun, there’s differing opinion on whether they’re a good or a bad thing and if their use should perhaps be somewhat more tightly controlled.

Drones could be very useful in certain scenarios where security companies operate. A prime example is outdoor music concerts or festivals, where a drone could be used to monitor crowds and ensure that people are kept safe at all times during an event. A potentially dangerous situation could be identified early on and personnel on the ground then deployed to attend before the developing scenario has time to escalate.

Equally, drones possess great potential when it comes to monitoring remote sites such as reservoirs and oil installations that form part of our Critical National Infrastructure.

These devices can also enhance building access control, particularly in those environments where there’s plenty of perimeter fencing. A drone flying high up in the air can easily identify who’s coming and going on a site and, in truth, could work out to be a lot cheaper than installing myriad CCTV cameras to cover the same area.

That’s the positives, then, but what about the negatives? There’s no doubt that, in some instances, drones are being used for criminal activities such as spying on people and even listening in on confidential business meetings and conversations through the use of advanced microphone technologies.

Indeed, this topic formed part of the discussions at a Corps Security Breakfast Briefing at which there was a presentation by Jason Dibley from QCC Global, a leading expert in technical surveillance countermeasures. While the notion described might sound far-fetched, Jason made it abundantly clear – through a number of examples – that drones are being used in this way.

Then there’s the issue of drones being employed where they shouldn’t be, often due to ignorance and stupidity. Last July, a drone came within 20 feet of an Airbus A320 passenger aircraft as it was about to land at Heathrow Airport, while the French authorities issued an alert when drones mysteriously appeared above some nuclear power plants.

Perhaps more worrying, though, is how drones could potentially be used for terrorist purposes. If drones can drop parcels for Amazon then they could also be used to drop bombs or missiles delivered by terrorists intent on causing harm and destruction.

Last year, Sir David Omand, a former director at GCHQ, warned that shopping centres, sporting events and public gatherings in crowded places could face chemical or biological attacks by terror groups using drones. Omand noted that, although such a scenario has so far not posed a real and present danger to UK citizens, it’s a potential threat the authorities took very seriously indeed during the London 2012 Olympic and Paralympic Games.

Dealing with drones being used for malicious purposes presents its own set of problems. Some of these devices weigh around 20 kg and it’s simply not a sensible course of action to just shoot them out of the sky or even attempt to jam their operating signals, particularly if there’s a suspicion that the drone in question may be carrying an explosive device. In densely populated areas, the consequences of such an action could well be catastrophic.

Not surprisingly, perhaps, there have been calls for tighter regulation regarding this equipment and how it’s used. However, introducing licenses and purchasing restrictions would only serve to impact legitimate users.

Would it make a difference to the criminals and the terrorists? Probably not.

When all’s said and done, it would appear there are both good and bad uses for drone technology. While there are no easy answers when it comes to how drones should be deployed, it’s certainly a healthy debate that must be allowed to continue.