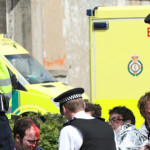 Specialist police teams from across the UK are taking part in Europe’s biggest-ever disaster training exercise, which begins on Monday 29 February.

Exercise Unified Response – which is part-funded by the European Commission and co-ordinated by the London Fire Brigade on behalf of the London Resilience Partnership – will see the blue light services working side-by-side with 70-plus partner agencies including local councils, utility companies and specialist Search and Rescue teams to respond to a staged scenario of a building collapsing on top of a London Underground station.

Disaster Victim Identification (DVI) teams from all UK police regions will be working in tandem with other forensic specialists who contribute towards the UK’s DVI capability, among them odontologists (dentists), pathologists and specialist radiographers.

With the support of Interpol, further assistance is being provided by DVI colleagues from Denmark, Germany, the Netherlands, Belgium, Luxembourg, France, Italy and Spain. In total, 250-plus DVI personnel will be working at the scene and in a specially constructed temporary mortuary.

The UK’s National Disaster Victim Identification Unit, which sits within the National Police Co-ordination Centre (NPoCC), works with police services, Government departments, local authorities and other agencies to co-ordinate the national capability of the police service to respond to incidents involving mass fatalities.

In recent years, specially-trained teams from around the UK have been deployed to assist following the downing of Malaysia Airlines Flight MH17 (July 2014) and the Shoreham Air Crash (which occurred in August last year).

Chief Constable Debbie Simpson, the National Police Chiefs’ Council (NPCC) lead for Disaster Victim Identification, said: “Victim identification is never a pleasant subject to discuss, but unfortunately it’s a reality. When disaster strikes, families need to be confident that the authorities are doing everything they can to identify their loved ones in a dignified and respectful way, while at the same time supporting any criminal investigation to the fullest.”

Simpson continued: “Importantly, this process cannot be hurried. As frustrating as that can sometimes be, and particularly so in a world of fast-paced mainstream and social media, we have to be absolutely meticulous in our approach to ensure that we achieve wholly reliable scientific identification.”

In conclusion, Simpson stressed: “It’s not often that we can test working practises on such a scale. Indeed, it’s really positive to see so many of our European colleagues involved. Effective evaluation and debriefing will help highlight good practice as well as any areas for future development.”

As the debate continues on the EU referendum, the NPCC has stated that the police have a clear operational requirement to co-operate closely with European countries, but that it’s very much for others to determine the political arrangements needed in order to achieve this state of affairs.

Chief Constable Sara Thornton, chairman of the NPCC, said: “The ongoing threats we face from organised crime, cyber attack, terrorism and violent offenders are increasingly international and connected. To effectively keep people in the UK safe, the police service needs the ability to share intelligence, biometrics and other data at speed and to work with foreign police forces on linked investigations, enquiries and, ultimately, arrests.”

Thornton went on to comment: “We have a clear requirement to co-operate closely and at speed with European countries. This scenario must be maintained whatever the outcome of the forthcoming EU referendum. It’s for others to determine the political and legal arrangements needed to realise that situation.”