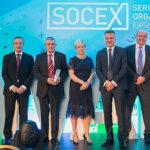 Sponsored and founded by Altia-ABM, the SOCEX Fraud and Financial Crime Conference hosts senior investigators from police forces and enforcement agencies across the UK and internationally. Altia-ABM founded the event with Think Different Events in 2015 and has continued as its headline sponsor every year. The latest event was attended by 400 delegates, which represents a significant increase from 180 delegates two years ago.

The Keith Hughes Awards, which are also sponsored by Altia-ABM, recognise the achievements of individuals and teams who have made outstanding contributions to investigating and prosecuting fraud. The awards were established in memory of Detective Constable Keith Hughes, an outstanding financial investigator with the former National Crime Squad, who passed away in July 2003.

Ian Watson, CEO of Altia-ABM, informed Risk Xtra: “We’re delighted to continue to sponsor these awards and I congratulate the winners on their achievements. The work of financial investigators makes a huge difference in our communities. There’s a particular satisfaction in not only putting criminals behind bars, but also recovering their assets and returning them to the public purse. The day-to-day work of financial investigators isn’t often celebrated, so we wanted to do something to address this situation. Society benefits enormously from the professionalism, tenacity and acumen of these investigators.” 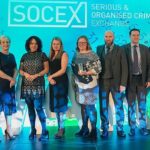 Detective Constable Derek Tinsley of the West Midlands Regional Asset Recovery Team won the individual award for leading an operation which resulted in the conviction of an individual for VAT fraud. The original investigation was a murder investigation, but it was decided that the case could not be made to enable a successful prosecution. By adopting a completely comprehensive approach and pursuing every avenue of inquiry, DC Tinsley ensured that the individual involved was sentenced to 32 years in prison.

Iqbal Azad, a Detective Sergeant with the Metropolitan Police Service’s Cyber Crime Unit, was recognised for his tireless work to track cryptocurrency trading on The Dark Web which was found to be linked to a large-scale fraud. The investigation led by DS Azad resulted in the successful conviction of a major perpetrator of this type of fraud. 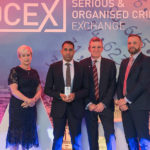 Surrey Police’s Economic Crime Unit and the South East Regional Organised Crime Unit’s Cyber and Digital Task Force won this award for Operation Florida. The team won for its approach to investigating and prosecuting a cryptocurrency case. After recovering a bitcoin electronic key at an individual’s home address as part of a separate kidnapping investigation, the team worked over several months to trace the bitcoins stored on the key, which were worth over £1 million. The team proved that the money had been obtained through crime, and also proved to the presiding Judge that cryptocurrency could and should be converted to pounds sterling and confiscated under the Proceeds of Crime Act. This was the first time that cryptocurrency had been confiscated and also the first time that a Judge in the UK had been asked to rule on the confiscation of assets stored in a digital currency.

London Regional Asset Recovery Team and the Metropolitan Police Service’s Anti-Money Laundering Task Force were nominated based on their work on tracking the assets of an organised crime gang in London. The head of the family was sentenced to seven years in prison following an extensive investigation.

A special commendation from the National Police Chiefs’ Council was presented to Shane Roberts of Bedfordshire Police for his work on raising the profile of financial investigations.