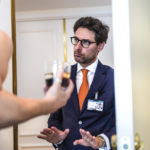 International lone worker safety company SoloProtect has launched a key addition to its product range with the SoloProtect ID Pro, described as “a highly innovative new product in the lone worker device space”.

The ID Pro offers “the most comprehensive platform for lone worker security” (including giving users the option of streaming video for faster verification during a live ‘Red Alert’, receipt of geographically-triggered risk messaging and indoor location capability powered by Bluetooth and Wi-Fi).

While it’s a dedicated lone worker device, the ID Pro’s video functionality also makes it a Body-Worn Video device, but with a greater focus on being ‘fit for purpose’ for civilian applications where streamed video evidence and discretion are a requirement. It’s the smallest and lightest body-worn video device with cellular capability on the market.

Designed as an ID badge holder, ID Pro is easy to integrate into apparel and can be used independently of its video capability as and when required.

John Broady, CEO at SoloProtect, commented: “Our journey to bring the SoloProtect ID Pro to market represents a hugely important step for our business, and has very much been part of a focus to deliver a tangible, high-quality lone worker experience from the start. It appeals to our current customer base, but a greater number of lone worker applications and industry sub-sets would most certainly benefit from this solution as well.”

Streaming video and accompanying audio directly into SoloProtect’s Alarm Receiving Centres (ARC) during an alarm gives the SoloProtect ID Pro several distinct advantages over traditional BWV. For example, ID Pro’s video recording isn’t ‘always on’, thus enabling a smaller device footprint, but also making it more accessible and not cumbersome for a lone worker to integrate into their daily apparel. Weighing in at just 103 grammes, the ID Pro is the lightest streaming BWV device available.

Also, video streams live to a SoloProtect ARC during a ‘Red Alert’. Comprehensive video verification, in combination with event audio, affords a trained and skilled operator the full picture of an event, as well as better intelligence in those scenarios where discernible pitch and tone don’t reflect the level of threat involved.