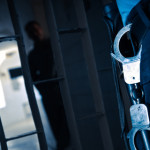 Chris Grayling MP, the Secretary of State for Justice, signed the contracts on Thursday 18 December as part of ‘Transforming Rehabilitation’, a reform programme designed to change the way in which offenders are managed in the community and bring down re-offending rates across England and Wales.

From 1 February 2015, Sodexo – in partnership with Nacro – will take on responsibility for the following community rehabilitation companies and all of their employees:

Since 1993, Sodexo Justice Services has been a trusted partner to UK Governments, protecting the public and rehabilitating offenders through the delivery of its justice services and the full operation of prisons.

The UK’s largest crime reduction charity, Nacro is firmly dedicated to reducing crime and re-offending in communities across England and Wales. The organisation designs and delivers programmes that equip people with the skills, advice, attitude and support they need in order to move their lives forward and away from crime.

Speaking about the contracts, Tony Leech (managing director of Sodexo Justice Services) said: “We’re delighted to win the contracts to run six of the community rehabilitation companies. Sodexo and Nacro bring together significant experience in rehabilitation and share a strong mission to reduce crime and reoffending by challenging offender behaviour and providing the skills, training and support offenders require such that they might move into employment.”

Leech continued: “Sodexo boasts 20 years’ experience in the UK justice sector as a trusted partner to the Ministry of Justice and the National Offender Management Service, delivering high quality, ethical and innovative rehabilitative services. As the UK’s largest crime reduction charity, Nacro has been working for nearly 50 years on successful programmes to equip people with the skills, advice and support they need to move their lives away from crime.”

In conclusion, Leech commented: “We’re pleased to be working with the Ministry of Justice as part of this new approach to rehabilitation and we’re fully committed to improving outcomes for offenders and the communities in which they live.”

Jacob Tas, CEO at Nacro, added: “This announcement confirms that Nacro will be playing a key role as a strategic partner to Sodexo Justice Services and marks an important milestone in the process of ‘Transforming Rehabilitation’, offering an opportunity to break new ground and deliver collaborative change.”

Tas also stated: “For five decades, Nacro has delivered community-based services to offenders, ex-offenders and those at risk of offending. Our strong track record of providing services right in the very heart of local communities brings the real potential to reduce re-offending and improve public confidence in the system.”