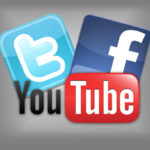 Adversarial social media activity was a relevant factor in 27% of significant incidents suffered by global businesses in the last 12 months, according to data from the latest Global Fraud and Risk Report released by Kroll (the specialist in risk mitigation, investigations, compliance, cyber resilience, security and incident response solutions). Almost two-thirds (63%) of the global business leaders surveyed cited social media as a significant priority when developing a defence strategy for their organisations. The report reveals that firms now face an even wider risk landscape as organisations seek to tackle emerging digital threats and deal with complex reputational and regulatory issues.

Kroll’s annual Global Fraud and Risk Report, with research conducted by Forrester Consulting, examines the current global risk landscape and analyses the biggest risks facing global companies and the steps being taken to prevent, detect and respond to daily threats.

The most common risk, suffered by 39% of businesses, is the leak of internal information, highlighting the growing internal threat to Intellectual Property, trade secrets and other confidential information. In last year’s survey, information theft, loss or attack was the most prevalent type of fraud experienced for the first time in ten years, with 29% of respondents reporting being affected by this type of incident.

Data theft and reputational damage caused by third party relationships was next on the list of significant incidents, with 29% of respondents affected this year. External fraud was also a significant issue at 28%.

The digital threat is compounded by emerging technologies such as cryptocurrency. Nearly all (91%) of the global business leaders surveyed are investigating (or have already adopted) distributed ledger technology, while 81% are considering or already using cryptocurrencies. More than a third (35%) of businesses cited the risk of fraud or theft as the primary concern when considering investing in such areas, followed by lack of clear regulatory oversight (29%), untested technology (19%) and potential involvement with bad actors (16%).

The report reveals that fraud-related incidents remain prevalent, with fraud from external parties affecting over a quarter (28%) of global respondents in the last 12 months. The UK is particularly vulnerable to fraud, with almost one-in-three firms (32%) experiencing an external fraud incident. That’s 4% higher than the global average. Fraud perpetrated by internal parties was also high at 27%.

Today’s business environment continues to present challenges to businesses in terms of risk mitigation and reputation management. As such, 84% of businesses feel threatened by market manipulation through the spread of fake news, most commonly fuelled by social media.

Additionally, brand ambassadors and influencers present a new challenge for due diligence procedures. 78% of survey respondents use them to some extent, meaning that businesses are having to vet not only the influencers themselves, but also their wider digital networks.

The research highlights that businesses need to ensure they anticipate this broad range of threats and detect them effectively before they escalate into bigger issues. Four-in-five (80%) businesses felt that their cyber risk detection mechanisms were effective, but when asked about future threats, most respondents (90%) are concerned that a cyber attack could result in a global economic crisis.

Companies are increasingly using technology to enhance their risk management processes, with more than three-quarters (77%) of firms applying data analytics to detect threats facing their organisation. This mirrors recent guidance from the OECD in its ‘Analytics for Integrity’ report, which encourages the use of data analytics in the fight against corruption and fraud.

Tom Everett-Heath, managing director and global head of business intelligence and investigations at Kroll, commented: “The risk landscape has continued to evolve over recent years. Businesses are now operating in more complex and volatile markets than ever before, relying on a broader network of third parties and becoming increasingly digitised. In many cases, they’re also putting their reputations in the hands of social media influencers. It comes as no surprise that businesses are looking for better and more efficient ways in which to detect and prevent these increasingly varied threats before they escalate into significant issues.”