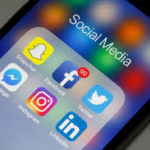 According to the results of EY’s latest Technology, Media and Telecommunications (TMT) research, which is based on a survey of 2,500 respondents, UK consumers are most sceptical of social media and apps when it comes to their personal data security.

When asked which types of company would best keep their personal data secure and use it appropriately, only 2% responded with mobile app providers – the lowest in the poll. This was closely followed by 3% of respondents who feel that they could trust social media platforms. In comparison, broadband providers were top of the pile with 28% of respondents confident in their data protection abilities.

As a whole, consumers feel despondent about data protection, with 41% of respondents believing it’s impossible to ever secure personal data online. This comes despite the European Union’s General Data Protection Regulation (GDPR), which came into force in May last year.

Adrian Baschnonga, global lead telecommunications analyst for EY, stated: “Trust in security and data protection is at an all-time low despite the recent shake-up in data protection thanks to the GDPR. A huge number of us are taking to digital platforms to share and engage in a range of experiences. Unfortunately, many of us seem resigned to accepting hacking and data loss as something that’s inevitable.”

‘Digital house’ not in order

The survey also looks at the gap between awareness and usage of data protection measures. While 69% of consumers are aware of the need to regularly update anti-virus software, only half actually do so.

Similarly, 69% of households are aware of the need to regularly change passwords for each online account, but an even lower proportion – 40% – actually practice this in reality.

The gap between awareness and usage is particularly pronounced for newer forms of data protection such as biometric passwords, with 15% of respondents who use these compared to 44% that are aware, while less than one-in-five consumers fully read privacy notices on websites.

Baschnonga added: “Consumers are becoming increasingly lax when it comes to data security by failing to make sure their digital house is in order. Many of these data protection measures are relatively simple. Effectively, people are leaving their front door ajar by failing to take these precautions.”

He continued: “The lack of attention given to privacy notices is also startling and indicates that, for digital platforms and providers, educating customers about data privacy is just as important as reassuring them, and particularly so given the gap between awareness and usage of the steps they can take to protect their own data.”

Providers need to up their game

In conclusion, Baschnonga informed Risk Xtra: “On the whole, digital platforms and providers need to up their game and put trust at the heart of all customer interactions. They need to communicate about security with purpose, clarity and consistency.”

For Baschnonga, the importance of a key informing principle should never be forgotten. “‘Security by design’ should be an informing principle of all future products and services. For this to happen, though, providers must build clear linkages between their customer and stakeholder interactions and outline the innovation activities underway across their organisations.”