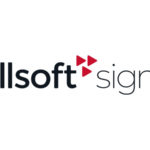 Skillsoft, the organisation focused on corporate learning, has just published ‘Tech Learning Consumption Trends: A Skillsoft Signals Research Report’. The document reveals that networking and operating systems, security and programming training are in the highest demand among technology and developer professionals. The Skillsoft Signals report also highlights that technology professionals prefer micro-learning and that video is their most favoured learning modality, followed by books and courses.

The Skillsoft Signals report explores the learning consumption data analysis of more than 25 million hours of learning across Skillsoft’s user base of nearly 12 million technology professionals between February 2018 and January this year. The report captures the pulse of in-demand technology skills and shifting priorities vital to global organisations. It also provides insight into the specific programs, software, platforms and technical skills upon which IT professionals are placing their emphasis in order to stay ahead of the curve.

As organisations move from the classic Command and Control structure with quarterly product releases to a lean and agile model that requires continuous deployment at scale, they’re increasingly seeking a new breed of enterprise technologist: one that can seamlessly transcend multiple disciplines.

The emergence of SecOps and roles such as data scientist demonstrate the growing importance of employees that possess a versatile skill set and are proficient in multiple technologies to ensure that organisations can continually adapt and effectively balance the scale of innovation and security.

“The findings of Skillsoft’s new report are in line with the IDC’s research on the development of skills and competence from a planning, development, sourcing and matching perspective,” stated Cushing Anderson, programme vice-president for IT education and certification research at IDC. “As demand for having the right skills at the right time increases in projects and lines of business, tracking and developing IT skills is more essential than ever. Many organisations are experiencing a shortage of advanced skills.”

Key learning consumption trends from the Skillsoft Signals report include the following:

CompTIA dominates security training: CompTIA certification training, which represents four of the five most popular security assets, delivered the most hours of content consumed across the entire Skillsoft Technology & Developer portfolio with 1.65 million hours served (or roughly 56% of the security content served) to learners in 2018

Explosion of Python: While training for Java remains the most consumed among programming languages, learners’ total hours of Python training jumped by 20% (or nearly 200,000 more hours) from 2017 to 2018

Continual learning is critical for reducing the skills gap: As technology rapidly evolves, the half-life of requisite skills is drastically reducing. Further, many new functions – such as DevSecOps – require that employees have a broader skill set than ever before, meaning enterprise technologists and developers must continually focus on up-skilling, re-skilling and pre-skilling. Micro-learning efficiently facilitates continual learning, enabling learners to digest more training content in less time and directly within their flow of work.

“To keep ahead of the unrelenting pace of technology and the quickly diminishing half-life of skills, organisations must invest in up-skilling, re-skilling and pre-skilling to ensure enterprise technologists and developers attain and maintain the most advanced and modern skill sets,” said Mike Hendrickson, vice-president of technology and developer products at Skillsoft. “From our data, it’s clear that most organisations are thinking about skills development and how to continually adapt their current tech stacks, future tech infrastructure and business models given the prevalence of learning activity around CI/CD, DevOps, data, cloud and security topics.”

The inaugural ‘Tech Learning Consumption Trends: A Skillsoft Signals Research Report’ leverages true usage data to demonstrate what technology professionals from thousands of the world’s leading organisations (including 65% of the Fortune 500) are using to educate themselves on a continual basis. With millions of data points, the findings represent what’s hot and what’s not, as well as emerging patterns in key technology markets.