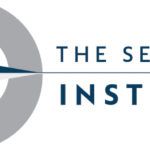 Since leaving the British Army in 2014, Alex Yates has been employed as a managing consultant for an SME limited company which “focuses on embedding consultancy specialists to provide technical advice to Government and industry”. He has led on myriad programmes and projects in both the public and private sectors, employing a range of protective security measures including physical and cyber.

Yates has been an active member of the Membership Management Advisory Group, taking the lead as the Special Interest Group (SIG) co-ordinator and underpinning the creation and implementation of a number of SIGs alongside ex-Institute director Steve Massey FSyI.

Yates was co-opted to the Board of Directors in December last year to take-up the role of director for SIGs. He’s a keen supporter of the Institute at numerous security and networking events across the industry’s annual calendar.

John Sephton is an account director at security guarding specialist Axis Security. A security, business continuity and risk professional, Sephton boasts 19 years’ experience in improving, managing and innovating security contracts. He specialises in leading, mentoring and motivating large teams and constantly looks to improve the bottom line profit of any given contract.

Jonathan Schulten is associate director responsible for security and business resilience with Broadgate Estates, one of the UK’s leading property management companies. His portfolio includes some of the most valuable commercial real estate in the City and central London as well as significant retail assets across the country.

Previously, Schulten was a senior officer in SO20, the Counter-Terrorism Protective Security Command at New Scotland Yard. In that role, he devised and delivered complex security operations in order to protect state occasions, senior members of the Royal Family, high-profile public events, iconic venues and vulnerable crowded places.

Schulten is an active contributor to the security industry, having participated in reviewing National Occupational Standards (NOS) for the Security Managers, Security Consultants and Events NOS suites at Skills for Security. He’s a member of the Institute’s Validation Board and a mentor to other Institute members.

Schulten has presented at international conferences here in the UK and abroad and delivered specialist counter-terrorism protective security training in Europe, central America and the Middle East.

Paul Barnard MSyI has already played a pivotal role in creating the #NextGen initiative for the Institute, which has given Volunteer Police Cadets – aged 13 to 18 – the opportunity to attend exhibitions including the International Security Expo 2018 and SCTX 2019 to see first-hand what a career in security can offer them.

Barnard is a committee member of the City of London Crime Prevention Association and chair of the City Security Council. He was appointed director of security, risk and mitigation at Ward Security in January last year. Previously, Barnard was a DCS for the City of London Police, heading overall strategy with the senior team, overseeing and implementing responses for crime recording, volume and priority crime, public protection, serious and organised crime, cyber crime, forensics, counter-terrorism and the major crime team as well as looking after major incident room response.

Barnard’s personal experiences span the IRA bombings of 1992-1993, the London suicide bombings of 2005 and the recent terror attacks in 2016.

On an academic note, Barnard read Applied Criminology at the University of Cambridge and was awarded a Masters Degree in 2015. In his current role at Ward Security, he’s responsible for providing clients with risk mitigation advice, running table top exercises, delivering presentations and testing and exercising current and new processes.

Bob Martin gained 35 years’ experience in the petrochemical industry prior to becoming an independent security practitioner in 2005 and serving as director of RFM Solutions specialising in providing strategic and corporate security advice to blue chip companies.

Martin boasts extensive experience across a wide range of operational environments with a strong IT background working predominately within FM operations. He’s fully conversant with building management and HR systems, IT infrastructures (including single authentication), off-shoring and people tracking, etc.