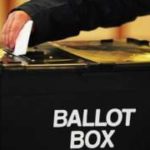 Last year, Sir Eric Pickles MP (former Secretary of State for Communities and Local Government) was asked by the Government to consider what further changes were needed to make the electoral system more secure. This was particularly in light of the 2015 Tower Hamlets election court judgement that saw the disqualification of the elected Mayor for a number of corrupt and illegal practices.

Evidence has been gathered over the last year from local Government, the police, academics and election experts. The published report contains a series of 50 recommendations for the Conservative Government, including:

*clamping down on postal vote ‘harvesting’ by political activists

*piloting some form of identification at polling stations

*action to tackle the links between electoral fraud and immigration fraud

Chris Skidmore MP, Minister for the Constitution, said: “I would like to thank Sir Eric Pickles for the work he has undertaken over the past year in producing this detailed and thorough report. In order to ensure we have a democracy that works for everyone, the Government is determined to ensure that the electoral register is as complete and accurate as possible. The introduction of Individual Electoral Registration has already begun to transform our registration system, increasing its accuracy and performance at the same time as seeing record levels of registration. We intend to continue to build on this success.”

Skidmore added: “This report will be an important contribution to our fight against all types of fraud in the UK. We will look closely at the recommendations.” 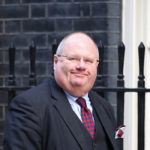 Sir Eric Pickles MP stated: “Last year’s court ruling in Tower Hamlets was a wake-up call that state bodies need to do far more to stamp out corruption and restore public confidence. It was local residents who lost out from the crooked politicians who bullied them and wasted their money. The law must be applied equally and fairly to everyone. Integration and good community relations are undermined by the failure to uphold the rule of law and ensure fair play.”

The terms of reference for the Electoral Fraud Review included:

*reviewing the role of councils, the police service and the Electoral Commission in deterring, identifying and prosecuting fraud

*recommending to Government what practical changes are needed for legislation, guidance and practice

The National Police Chiefs’ Council (NPCC) Lead on Electoral Malpractice and Electoral Fraud, Cann said: “Electoral fraud is a criminal offence which the police service takes extremely seriously. While proven cases are relatively rare, it’s important that voters have confidence in the democratic process. We work closely with partners – including the Electoral Commission, the Crown Prosecution Service, political parties and local authorities – to detect crimes and prevent them from occurring.”

Every police force has an election Specific Point of Contact, while the College of Policing published new Authorised Professional Practice on policing elections in 2014. This is updated on a regular basis.

“We will study the findings and the recommendations made in the report very carefully,” concluded Cann.

*The College of Policing Authorised Professional Practice on Policing Elections can be found at: https://www.app.college.police.uk/app-content/policing-elections/