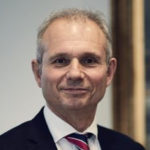 The Royal United Services Institute (RUSI) has announced the nomination of the Rt Hon Sir David Lidington KCB CBE as the next chair of the organisation from July 2020 when Lord Hague of Richmond steps down after completing his five-year term in office. The Council of Trustees will recommend Sir David for the position of chair at RUSI’s Annual General Meeting in July.

RUSI’s director general, Dr Karin von Hippel, said: “Lord Hague has been a tremendous asset to RUSI in so many ways. During his tenure, RUSI has expanded its research base three-fold, successfully launched the Institute’s first philanthropic campaign to refurbish its iconic building on Whitehall and grown a healthy reserve. Lord Hague has provided the institutional guidance, academic expertise and policy insights and shared his international networks to help us move in such a positive direction.”

Dr von Hippel added: “I’m really excited to work with Sir David. He also brings lengthy policy experience, rigorous analytical skills and a diverse network to RUSI. Sir David will ensure a seamless transition as RUSI moves to the next level in its mission to be a world-leading independent forum for informing and improving policy and public debate on defence and security matters. The chair, along with the Council of Trustees, plays a critical role in ensuring our growth is managed effectively, while also helping us to carefully curate our rich heritage and legacy. Sir David has had a distinguished and diverse career in the UK Government, and it’s truly an honour to welcome him to the Institute. We are lucky to have been able to attract such a high calibre candidate.”

RUSI’s chair Lord Hague added: “I’m delighted that the Nominations Committee selected Sir David, and that the Council of Trustees unanimously approved the choice. I have known and worked with David for many years and can attest to his outstanding character, intellect and creative approach to thorny challenges. He has an excellent reputation across the political spectrum and cares deeply about the defence and security issues that are core to RUSI. I’m confident he will provide the right leadership RUSI needs at this time of global uncertainty and rapid change. RUSI will be in excellent hands with Sir David at the helm.”

Sir David Lidington remarked: “I’m really looking forward to assuming the chair at RUSI and building on the success achieved by Lord Hague, the Council of Trustees and the RUSI team. The role will also give me the opportunity to focus on tomorrow’s critical security challenges. It’s a privilege one doesn’t always have while working at senior levels of Government due to day-to-day pressures. As an historian as well, I’m excited to work with an esteemed institution that has been relevant since it was launched in the early 19th Century.”

David Lidington served as MP for Aylesbury in Buckinghamshire for more than 27 years until he stepped down from the House of Commons at the 2019 General Election.

In more than 20 years on the Conservative Party front bench, he served as an Opposition spokesperson on home affairs, the Treasury, the environment and agriculture, Northern Ireland and foreign affairs.

Between 2010 and 2016, Lidington was the UK’s longest-serving Minister for European Affairs, visiting 45 European countries and representing the UK at the EU, NATO, the Council of Europe, OSCE and the UN Security Council.

In Theresa May’s Governments, he served successively as Leader of the House of Commons, Lord Chancellor and Secretary of State for Justice, as well as Chancellor of the Duchy of Lancaster and Minister for the Cabinet Office.

In that last role, Liddington acted as deputy to the Prime Minister.

Sir David was educated at Haberdashers’ Aske’s School in Elstree and at Sidney Sussex College, Cambridge, where after his first degree he studied for a PhD on law enforcement in the reign of Elizabeth I.