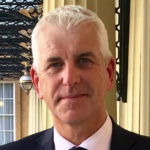 A businesswoman with a background in close protection and a former senior police officer have become the two latest appointees by Home Office ministers to the Security Industry Authority (SIA).

Alec Wood and Kate Bright began their three-year term as members of the Authority on Monday 3 February. Their appointments followed on from the public appointments process. Authority members are non-executive directors who have responsibility, among other things, for setting the SIA’s strategic direction.

Along with the Regulator’s executive directors they make up the SIA’s Board.

Elizabeth France, chair of the SIA, said: “I’m delighted that the Home Secretary has appointed Alec and Kate. They will bring new perspectives and valuable experience to the Authority. I’m looking forward to working with them as we take the SIA forward.” 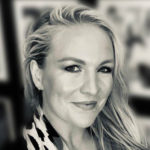 Alec Wood was previously chief constable of the Cambridgeshire Constabulary, retiring in 2018 after 32 years in policing. He was the National Police Chiefs’ Council’s lead for operations between 2015 and 2018, a role in which he oversaw and set policy and standards for national specialist policing functions including police use of firearms, public order policing, Stop and Search, roads policing, aviation and civil contingencies.

Kate Bright, who has worked in and with the private security industry for 20 years, was a close protection-trained chief of staff to international families in London prior to setting up and running the award-winning security-focused recruitment and concierge firm UMBRA International Group.

Bright is a member of both The Worshipful Company of Security Professionals and The Security Institute, as well as a companion of the Institute of Leadership and Management. Her previous non-executive roles included a position with Amatte, a company with a mission to empower female farmers in Africa.