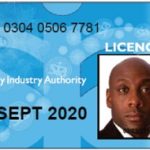 On Wednesday 25 September, the Security Industry Authority (SIA) carried out licence inspections across key venues in Leicestershire. All of the licences inspected by the 16 teams from the SIA’s Partnerships and Interventions Unit were legitimate.

The SIA inspected 65 venues throughout Leicestershire, including the city of Leicester, Melton Mowbray, Loughborough, Coalville and Ashby-de-la-Zouch. The day-long activity included inspections at some of Leicester’s most iconic locations. These included the King Power Stadium, home of Leicester City Football Club, the Mars Petcare factory and the Walkers Crisps factory.

The teams also visited universities and colleges including the University of Leicester and De Montfort University, as well as supermarkets, high-end jewellers, law courts, chemical plants and the National Space Centre.

Nigel Davies, the SIA’s regional investigations manager for the East region, said: “This year it was Leicestershire’s turn. The point of this national inspection is to identify any potential licensing risks, such as individuals working without a licence or not having their licence on display. It also acts as a deterrent for those who may consider abuse of the regulations. The good news is that the majority of security operatives are professional and this was evidenced across Leicestershire. Pleasingly, the venues were genuinely impressed that we had carried out a licence inspection of their premises.”

Irfan Dogan, who was convicted in November 2018, is the most recent Leicestershire door supervisor to be prosecuted by the SIA for working without a licence.