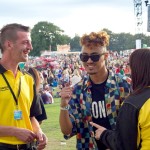 From Aberdeen in the north of Scotland all the way down to Southampton on the south coast of England, Showsec has opportunities available for those individuals who wish to play an important role in the wide range of events at which the Leicester-based company will be present during a packed 2015 schedule.

Showsec has opened up recruitment avenues for many different roles as the company builds up to what promises to be yet another extremely busy festival season this coming summer.

The company provides its specialist security and safety services at more than 450 venues. At the height of last summer’s busiest period, Showsec organised the deployment of 3,250 staff for the third stage of the Tour de France’s Grand Depart, making it the biggest single working day in the company’s history.

All of the new job vacancies are available on Showsec’s website (www.showsec.co.uk/jobs), but the recruitment campaign itself encompasses everything from national and regional advertising through to social media.

“There are many exciting opportunities to join our team and be part of events throughout the year, but this is also an important step in our development of a skilled and trained workforce that needs to be in place for the major events during the summer months,” explained Dani Whiting, Showsec’s recruitment manager.

“Therefore, as well as the vacancies which need to be filled at local level, there is the chance for people to form part of the teams put in place for national events like the T in the Park Festival which runs in Scotland down to Bestival on the Isle of Wight. Not only do these events represent some good earning opportunities for casual workers, but there’s also the potential for this to be the first step on a career pathway with the company.”

Whiting added: “We’re fully committed to making considerable investment in training and development at Showsec and this gives workers a chance to fulfil their potential with us.”

In tandem with the recruitment drive, Showsec has implemented a restructure to create two distinct geographical areas in a new-look Manchester office which has featured prominently in the sustained growth of the company across the past decade.

In an attempt to build upon that success, the new operational areas sit either side of the inner city ring road – central Manchester inside it and Greater Manchester outside it.

This follows on from a similar restructure put in place last year for Showsec’s London office which was divided into three areas in order to meet growing demand for the company’s services.

As part of these latest changes, Mark Wilcock (area manager for Manchester in the old set-up) now takes on responsibility for Greater Manchester, while Tom Bailey (the latest graduate of Showsec’s hugely successful Management Development Programme) has been promoted to area manager for Central Manchester.

The restructure also means two graduates from the most recent module of the Management Development Programme – Axel Fernandes and Christopher Hudson – have now been appointed as operations executives. 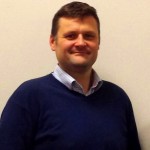 “These are exciting developments which reflect the continued growth of the company and the important part which the expansion of the Manchester operation has played in that progress,” commented Alan Wallace, Showsec’s regional manager in the north.

“It’s crucial that we maintain high standards of service so that we not only manage the expectations of our clients but, more often than not, exceed them wherever possible. The structure of the Manchester office has now become more expansive to meet demand. After a period of consultation we considered that this was the best way forward.”

Creation of a strong infrastructure

According to Wallace, the Management Development Programme has created a “strong infrastructure” which enables Showsec to promote from within when making these changes.

“We’re delighted that Tom Bailey has taken his next step up the career ladder into senior management after making such an important contribution at the Manchester Arena, while Mark Wilcock will continue the excellent work he has done since becoming an area manager.”

In conclusion, Wallace told Risk UK: “The value of Showsec’s commitment to helping individuals fulfil their potential and progress along a career path is further underlined by the fact that Axel and Christopher are taking up operations executive roles within our new structure.”