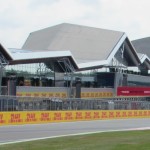 Showsec is now in pole position to develop a long-term partnership with one of the UK’s iconic sporting venues after securing a new four-year contract with the management team at the Silverstone racing circuit in Northamptonshire.

The crowd management and event security specialist looks upon the agreement as “a fantastic opportunity” to assist the home of British motor racing’s management with their vision of the location becoming “the ultimate entertainment venue”.

Having worked at the site last year and playing a significant role in what was acclaimed as the best Formula 1 British Grand Prix in Silverstone’s illustrious history, Showsec has been successful in tendering for the four-year deal.

“This is a prestigious opportunity to work with a global brand which rightfully enjoys iconic status in the world of sport and, indeed, beyond that,” stated Richard Church, Showsec’s regional manager for the Midlands.

“The contract provides us with the stability and sustainability to build upon what was accomplished in our first year, and also gives us further exposure to some of the most exciting international sports events in the world. We believe that we share common goals with Silverstone’s management team in terms of a solid commitment to customer experience. That will be a crucial aspect of how we go about developing this partnership over the next four years.”

In conversation with Risk UK, Church added: “This will be very much a partnership approach in which Silverstone’s management is looking towards ourselves to help them expand their events calendar as part of a drive towards establishing the circuit as the ultimate entertainment venue. While it’s the home of British motor racing first and foremost, the facilities at Silverstone mean that there’s the capacity there to host a wide range of other events. We look forward to working alongside the team at Silverstone and helping to achieve stated objectives.”

Showsec has already begun gearing itself up for another busy six-month period at the Northamptonshire venue, which will again feature the Formula 1 British Grand Prix as well as many other high-profile motor racing events.

“This agreement presents us with the opportunity to put a comprehensive management structure in place, develop a local workforce and invest in robust systems, all of which will enhance the level of service we can deliver for the customer,” asserted Church.

“It was particularly satisfying that, in our first year at Silverstone, we received credit for the part we played in the success of the Formula 1 British Grand Prix, which was undoubtedly our biggest test to date. We’ll be aiming to build upon that success this year.”

A crucial element of Showsec’s preparations for the start of Silverstone’s programme of events in 2016 will be a major recruitment campaign offering job opportunities to local people as the business deliberately establishes a strong security and event management team for the venue.

Security Policies: Going Back to Basics