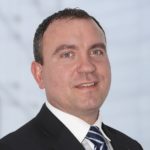 Shaun Kennedy has been appointed as the new Country President and managing director of Securitas UK. Kennedy will assume responsibility for these new roles early in 2019. He takes over from current Country President Brian Riis Nielsen who, having successfully led the transformation of Securitas UK, will now move on to a new senior management position within the Securitas Group*.

Kennedy is an experienced leader with a proven track record in the security industry. After leaving the British Army in 1997, he joined Chubb Security where he spent 15 years until the business was acquired by Securitas in 2011.

Since then, Kennedy has held several senior management positions including interim Country President for the UK and, more recently, director of specialist protective services. Kennedy has also been responsible for the successful implementation of Securitas’ Fire and Safety strategy right across Europe.

The transition to Kennedy’s new roles will commence from 1 January. He’ll be working closely with Brian Riis Nielsen throughout the first half of the year. During this period, Kennedy will continue to oversee his existing areas of responsibilities (including Fire and Safety).

Commenting on his appointment, Shaun Kennedy informed Risk Xtra: “Having spent over 20 years working in the security industry, I feel privileged to be taking over responsibility of the UK business at such an exciting time. The industry is going through an exciting period of transformation, moving from reactive to intelligent and predictive security. By blending people, technology and knowledge, Securitas is at the forefront of this innovative change.” 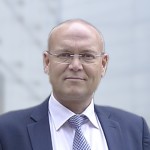 Brian Riis Nielsen stated: “I’m extremely proud of how we’ve transformed Securitas UK over the past five years. We can offer real value through our six protective services, and we’re leading the industry in our work with the Living Wage Foundation to bring an end to low pay in the sector.”

Riis Nielsen added: “Under Shaun’s strong leadership and with a continued focus on Vision 2020 and absolute attention on customer and operational excellence, Securitas UK will continue to go from strength to strength as we establish ourselves as a trusted security advisor, offering intelligent and predictive security for our customers.”

*Securitas Group was stablished in Sweden back in 1934. In the UK, Securitas employs around 10,000 members of staff. Its operational centre in Milton Keynes provides support to the largest mobile fleet in the UK. It also houses the company’s Training and Development Academy with accreditation from City & Guilds. On a global scale, Securitas employs over 345,000 people. The business operates across 58 markets spanning North America, Europe, Latin America, Africa, the Middle East, Australia and Asia