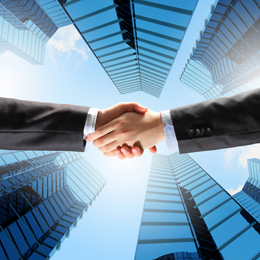 An agreement has been signed which will see the controlling shareholders of Samsung Techwin (including Samsung Electronics, Samsung C&T and other Samsung Group affiliates) sell their holding stakes in Samsung Techwin to the Hanwha Group.

“Customers can be assured that it’s ‘business as usual’ and that there will be absolutely no disruption to the supply of products or to the normal high levels of pre- and post-sales support that our customers have come to expect from Samsung Techwin.”

The transaction is expected to be completed during the first half of 2015, subject to approval from anti-trust regulatory authorities in relevant jurisdictions.

Founded in 1952, the Hanwha Group is a global leader in a broad range of businesses spanning the spectrum of manufacturing, construction, finance, services and the leisure industry. Taken together, the Group’s 52 domestic and 90 overseas affiliates provide a multitude of customers around the globe with premier products and services.

In 2013, the Hanwha Group achieved total revenues of US$35.13 billion while its assets were valued at approximately US$117.4 billion.

Commenting on the news, Jon Cropley” principal analyst for video surveillance and security at IHS” stated:” Samsung Techwin has grown rapidly during the last decade and is estimated to have been the fifth largest supplier of video surveillance equipment in the world in 2013. Despite this, by the company’s own impressive standards, last year was a tough one and it didn’t gain market share. For a company that likes to be a market leader in its core business areas, this must have been a setback. Prices fell quickly in the video surveillance market in 2013 as vendors from China undercut their global competitors and increased their market shares.”

Cropley continued:” The sale of Samsung Techwin will allow Samsung to focus on its core businesses such as smart phones. It will also provide Hanwha Group with a clear opportunity to benefit from entering a market which is forecast to grow at an average of over 10% during the next five years.”

In conclusion, the IHS analyst stated:” Hanwha Group will need to make sure Samsung Techwin maintains a clear strategy for success as competition is fierce and the supply base highly fragmented. There are hundreds and hundreds of suppliers of video surveillance equipment. The Top 15 accounted for less than 50% of global revenues in 2013.”

The Security Institute launches ‘A Manifesto for Professional Security’

Security Management via the Cloud: ‘Organisations must embrace the risks as well as the opportunities’