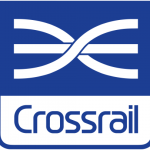 The project will see joint venture ATC fitting out the necessary track and power equipment within the 21 kilometres of twin tunnels that stretch under the city of London. The work will be carried out within the tunnels and span the route covering Royal Oak, Pudding Mill Lane and Plumstead Portals. Upon completion of this route, the Crossrail trains are then scheduled to be operating from 2018.

Servest Security has considerable experience of protecting Crossrail, having already worked with the project for several years now. For this new contract, Servest has designed a bespoke security package for the ever-evolving and complex needs of the Crossrail project (currently the largest construction scheme in Europe and the biggest infrastructure project ever undertaken in the UK).

The basic aim of Crossrail is to improve travel across London by reducing journey times, easing congestion and offering better connections. According to the Government, Crossrail will not only enhance the rail network but also support significant regeneration.

“We’re delighted to have won this contract and very much look forward to working with ATC over the next four years,” said Michael Lamoureaux, managing director of Servest Security. “This project further cements Servest Security’s partnership with Crossrail as the main security supplier across London.”

Crossrail is a 118-kilometre (73-mile) railway line under construction in London and its environs. It should begin full operation in 2018 with a new East-West route across Greater London. Work began in 2009 on the central part of the line (a tunnel through central London) and connections to existing lines that will become part of Crossrail.

Crossrail will afford a high-frequency commuter/suburban passenger service linking parts of Berkshire and Buckinghamshire via central London to Essex and South East London. The new line will relieve the pressure on several London Underground routes such as the Central and District lines (ie the current main East-West tube passenger routes), as well as the Heathrow Airport branch of the Piccadilly line.

The project’s core structural feature is 42 km (approximately 26 miles’ worth) of new tunnels. The main tunnels will run from near Paddington Station to Stratford via central London and Liverpool Street Station.

An almost entirely new line will branch from the main line at Whitechapel in east London to Canary Wharf, with a new station in Woolwich and connections with the North Kent Line at Abbey Wood in south east London.

Operation by the MTR Corporation (Crossrail)

This is the first of two routes that are the direct responsibility of Crossrail Ltd, the other being the proposed Chelsea to Hackney line.

Cross London Rail Links (CLRL, now Crossrail Ltd) was formed in 2001 to deliver the scheme. The project was approved in October 2007, with the Crossrail Act receiving Royal Assent in July 2008.

Crossrail will be operated by MTR Corporation (Crossrail) as a London Rail concession of Transport for London in a similar manner to the London Overground network. Initial services are scheduled to begin in May this year between Liverpool Street and Shenfield, and be extended to other parts of the route during 2018 and 2019.