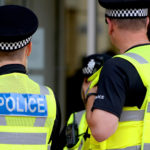 Police forces don’t always identify the best candidates for senior leadership positions because of questionable selection procedures. In addition, current training doesn’t equip chief officers with the knowledge and skills they need to perform at their best. That’s the view of Her Majesty’s Inspectorate of Constabulary and Fire & Rescue Services (HMICFRS) and Her Majesty’s Inspectorate of Constabulary in Scotland (HMICS) who’ve carried out a joint inspection to determine how effectively police forces select and train candidates for chief officer roles.

The resulting report, entitled ‘Leading Lights: An Inspection of the Police Service’s Arrangements for the Selection and Development of Chief Officers’, asserts that a lack of consistency, fairness and transparency is having a detrimental effect on police forces’ abilities to both identify and support those with the most potential to become chief officers.

The Inspectorates identified a variety of factors contributing to these problems, including the following:

*Too often, there’s a shortage of applicants for chief officer roles and officers don’t move between forces readily enough

Matt Parr, Her Majesty’s Inspector of Constabulary, commented: “Chief officers are responsible for setting the overall strategy of a force, as well as directing day-to-day operations and organisation. It’s crucial that we have the very best people in those roles. Unfortunately, we’ve found that the current processes used to select and develop senior police leaders are sometimes inadequate. Additionally, they’re generally applied in a very inconsistent manner, leading to variations in ability and experience between different forces.”

Parr continued: “The weaknesses in the system mean the playing field isn’t level and is unfair, which means it’s impossible to be sure we always have the right people leading police forces. Ultimately, it potentially means less capable applicants being selected over better ones and those applicants then receiving sub-standard training. We also identified a lack of diversity among chief officers. We know that women and BAME individuals are underrepresented at chief officer level, but we also determined that there’s a lack of diversity of experience. For example, many chief officers have only ever served with one force. This means they may not be equipped to deal with challenges not traditionally seen in the regions (for example, dealing with rural crimes in an urban locale).”

In conclusion, Parr observed: “It’s clear that the selection and training of chief officers needs to be examined in further detail. Our report concludes with a list of recommendations designed to strengthen and standardise the approach to selecting and training chief officers.”

Several recommendations have been put forward to help improve the selection and development of chief officers:

*The professional reference group, which advises the CoP on the SPNAC and the SCC, should be expanded to include figures outside policing

*With the support of other relevant organisations, the CoP should devise a new framework for Continuing Professional Development (supported by a new national workforce planning function)