Seeing Clearly in the Cloud 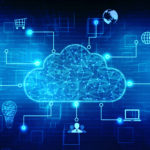 Say the word ‘smart’ to most business leaders and you’ll hear a host of different perspectives on what it actually means. For some, the Smart Cities of the future will spring to mind. For others, it’s all about Artificial Intelligence (AI) and automation. Within the video analytics and management sector, deployment and maintenance are certainly becoming smarter, unlocking huge potential in efficiency, capability and cost-savings. The cloud is an integral element of this, as Neil Killick explains.

Business leaders are increasingly turning to the cloud for their day-to-day operations whether in terms of e-mail, file back-up, running applications or storing data. Video surveillance is following this trend, albeit with an adoption rate that’s currently slower than is the case across other industries.

Indeed, Forbes magazine suggests that 83% of enterprise workloads will be in the cloud by 2020. With more business leaders realising the value of the cloud, the market is booming. According to research and advisory company Gartner, the global public cloud services market is projected to grow by 17.5% in 2019, rising to a hugely substantial value of $214.3 billion.

The cloud is coming to every business. It’s not surprising, then, that video surveillance is also turning its attention to the cloud.

Benefits of the cloud

Many organisations initially turn to the cloud for their hosting and to remove costly ongoing maintenance, but there’s far more to consider than simply moving your Network Video Recorder to the cloud.

It brings a host of benefits for business leaders, especially so when it comes to video management. Economies of scale are one such perk, with a lower total cost of ownership achieved through lower upfront capital costs and greater efficiency and use. Moving to a cloud solution also paves the way for more advanced video analytics as well as scaleable computer power to apply AI and machine learning on a broader scale.

However, it’s worth noting that, unlike other industries where the majority of infrastructure can be cloud-based, there will still be a need for on-site equipment such as IP cameras, Internet of Things (IoT) sensors and, indeed, associated infrastructure.

From the past to the future

Due to advances in cloud computing, we’re now at a stage where it’s starting to become a viable solution for video surveillance, management and analytics. Before now, the workload and data volumes imposed by video data have been too vast for cloud providers to cope with in a cost-efficient way. That’s why the sector has been slower to adopt the cloud thus far. It had to wait for the cloud industry to evolve and adapt to the specific nature of video data before it could consider it.

This evolution is still ongoing. Highly advanced video system arrangements involving open autonomous devices and aggregated solutions are still in the pipeline as the industry explores the power and dynamics of open platforms. Just like other innovations in the sector, though, such as the move from analogue to IP, the shift to the cloud will bring about significant changes in how businesses operate.

The future will see many different devices and platforms come together, with IP and the cloud converging for a short while. These will encompass autonomous devices (including the IoT), aggregated systems (such as video management platforms and AI Platforms-as-a-Service), automated solutions and augmented operations taking in virtual reality, bots and smart assistants.

To predict what this will look like in practice requires an understanding of the different elements and their progress to date. Whereas the IoT is gathering pace, other technologies such as Video Surveillance-as-a-Service (VSaaS) are still relatively immature.

Today’s video security solutions are often complex solution stacks made up of different components and systems integrated though protocols and APIs. This will not change as we move into the cloud era. If anything, we expect vendors to specialise more as many providers will adopt a platform strategy designed to unlock additional value for the end user.

It’s not ambitious to suggest that cameras will come equipped with their own platforms used to run applications to a much wider degree than what we know today. This is because no single technology vendor can realistically hope to bridge everything that’s needed for a smart video operation. One cannot be an expert in video analytics and augmentation, but also prioritise presentation and device efficiency.

On that basis, we expect to see a long-term movement towards a multi-platform environment made up by collaborating cloud environments, wherein scaling and computing efficiency is achieved though elasticity and workload distribution between the different cloud environments.

Advancing in cloud use 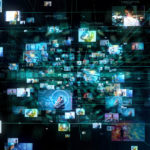 For now, we will see more organisations advance in their cloud usage by exploring alternatives to traditional video surveillance solutions fully deployed on their premises. The benefits and efficiencies will prompt their move to the cloud towards Infrastructure-as-a-Service (IaaS) solutions, Platform-as-a-Service (PaaS) and, eventually, Software-as-a-Service (SaaS).

Depending on each use case, some organisations may find that a PaaS model, whereby they have full control over the video application, best suits their way of operation. Small and geographically dispersed companies, for instance, might be more attracted to a SaaS model which offers ease-of-use and the ability to use the same software across multiple locations. However, it should be noted that this normally means a loss of advanced functionality by way of compromise.

Others may take a hybrid approach of linking an on-premise video solution to a SaaS service. By doing so, they can combine the benefits of a feature-rich on-premise solution with the agility and flexibility of a SaaS solution when centralising their video surveillance and security operation across multiple dispersed sites. As technology and vendor offerings mature, the use of multi-cloud environments will become common.

It’s vital to note that the advances of cloud in the video sector will not (yet) make the on-premise IP solution completely redundant. There’ll be a significant period of time where the solutions will overlap in various forms of converged and hybrid solutions aiming to protect the investment made in on-premise video management technology, while adding elements of cloud capabilities.

Even in the longer term where it’s the case that collaborative multi-cloud solutions are employed, elements of on-premise technology will remain to facilitate optimal functional and load distribution.

One useful exercise is to consider how far the various components required for cloud video operations sit on a defined path from early development through adoption and on to maturity. Even a cursory analysis suggests that we’re still a few years away from the latter.

SaaS is perhaps the most advanced in terms of market recognition, but despite a multitude of active providers in the VSaaS space, the segment represents as little as 3%-5% of the overall market.

However, there’s a different traction in converged solutions combining cloud-based SaaS services with on-premise video management functions in a hybrid solution where the market share is just shy of 10%.

As an alternative to today’s video SaaS that often only offers a reduced set of functions, we see pre-packaged VMS applications in a PaaS as a viable alternative. With this approach, enterprises and organisations can benefit from the advantages and versatility of could services without compromising on functionality. 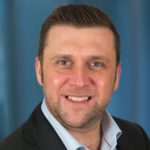 Finally, there’s multi-cloud. This is at an earlier stage of development and still has a lot of hype surrounding it. Vendors of all parts of the solution stack need more time to evolve today’s technology into a viable and open multi-platform, multi-cloud solution.

Of course, early adopters can reap the benefits of such technology before it fully matures, but in the traditionally risk-averse security industry that’s often not on the table. Justifying a pilot programme going wrong is a lot easier when public safety isn’t on the line. There’s much at stake in our sector and the potential early returns may not always match up to the risk of failure.

The nature of video data is also a barrier to adoption. Modern 4K and ultra HD video formats involve considerable data volumes that not only require a lot of storage, but also represent an immense workload when applying video analytics and AI. Technical barriers must be overcome alongside cultural ones.

Like other industries, the cloud’s adoption is going to fundamentally change a lot of operations. Look for solutions. Be prepared.

Account Freezing Orders: The Guilt-Free Means to an End