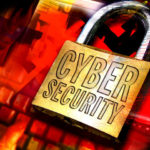 The incessant growth of the Internet in recent years has completely transformed the world in which we live. Rapidly evolving into an interconnected global network of systems and information, the Internet has had an overwhelming impact on business conduct worldwide.

With more and more systems and devices becoming part of the overall picture, it also follows that the threat we face is constantly evolving, expanding and diverging. The financial, political and physical damage caused by these threats has arguably never been higher, with critical infrastructure at the very forefront of many attacks. Security experts are struggling to keep pace with the latest updates, often racing against attackers in a bid to keep their cyber security defences intact.

Following on from the success of the inaugural event last year, the Security IT Summit – as always organised by Forum Events – again brought together leading solution providers, industry specialists and senior decision-makers from across the industry for another day of ideas and inspiration.

Covering everything from access control to data theft and on to encryption and cyber strategy, the Security IT Summit provides unparalleled industry access to the latest and most innovative products and services on the cyber security scene. This year, the event showcased expertise from the likes of 8MAN, Cynet, Layer 8, LogRhythm, Pervade Software and Unipart as well as many other companies who want to help businesses prevent and combat the most pressing issues currently facing them.

Hosting a selection of senior decision-makers from some of the most well-known household names including Credit Suisse, Marie Curie, the Metropolitan Police Service, Oxfam, Sainsbury’s, Western Union and more, the Security IT Summit – for which Risk UK is an Official Media Partner – has established itself as the principal event in the cyber security space for IT security professionals who wish to find out about the latest products and services on the market. 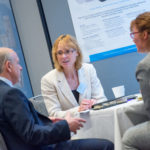 This year’s event began with industry specialists Matt Ellison (principal security consultant at LogRhythm) and Gabe Chomic, president of ISSA in the UK, opening the show with two interactive seminars.

Ellison hosted a session entitled: ‘Intrusion versus Breach: Your Fate will be Determined by your Speed of Detection and Response’. He emphasised that an intrusion doesn’t equal a breach. The risk associated with loss of reputation, customer data and business interruption hinges on a business’ ability to detect, prioritise and neutralise cyber threats in real-time.

Ellison walked attendees through benchmarking and how to use a clearly defined Security Intelligence Maturity Model to assess current capabilities for detecting as well as reacting and responding to intrusions before they become breaches. Ellison also helped attendees develop a clear understanding of how to move their organisations closer towards nation state protection by introducing Next-Gen SIEM security analytics and automated response.

Meanwhile, Chomic delivered a session focused on ‘The State of Play: The Information Security Landscape in 2016’. He discussed the cyber security scene as it stands this year, covering a broad range of issues including crimeware, layered defences, the maturation of the cloud and Government while also sharing top tips and strategies.

Delegates and suppliers furthered the reach of their business connections and discussed all things cyber security during a luncheon served at the Tower Grill Restaurant within the Grange Tower Bridge Hotel. 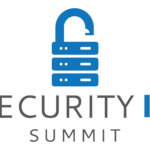 Godsland gave a breakdown of ‘A Local Police Response to Cyber Crime in Respect of the Business Community’. This presentation included a broad overview of the local police response to cyber crime to show how forces are actively supporting their communities in preparing for and protecting against cyber crime. Godsland offered an all-encompassing view of what the national UK police and law enforcement communities are doing to fight cyber crime, as well as sharing his considered thoughts on the current cyber risk picture and its effect on local business communities as well as the UK in general.

Meanwhile, Davies hosted a session on ‘Quick Reaction Breach Forensics’. Nowadays, we accept that it’s a case of ‘When’ and not ‘If’ there will be cyber breaches. That being so, Davies shed some light on strategies designed to build a quick response towards security breaches, discussing everything from ways in which to identify a security event through to speeding up forensic analyses.

Once again, the Security IT Summit reiterated its position as a market leader for cyber security professionals wishing to build their knowledge and gain exposure to the leading products and services the industry has to offer

*The Security IT Summit 2017 takes place on 4 July at the Grange Tower Bridge Hotel in London. Visit: www.securityitsummit.co.uk for more details