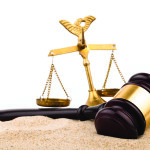 The Conservative Government has amended the Proceeds of Crime Act 2002, changing those powers available to regulatory bodies including the Security Industry Authority (SIA), the Regulator for the private security industry.

Effective from the end of November 2015, the SIA now has wider powers at its disposal to financially investigate companies and individuals who are benefiting from criminal activity. The aim is to remove assets from such offenders and halt further criminal activity.

The SIA has been working with partners on Proceeds of Crime Act-related enquiries for some years now, experiencing success stories in confiscating assets. Following convictions for the supply of unlicensed security operatives and falsely claiming SIA Approved Contractor Scheme status, Confiscation Orders have removed assets. Such Confiscation Orders benefit the wider private security business sector as illegal monies cannot be used to fund ongoing business interests in the market.

Potential for restraint and confiscation

Dave Humphries, the SIA’s director of partnerships and interventions, welcomes the changes.

“Historically,” explained Humphries, “we’ve been able to engage partners on a small number of our investigations. However, with these changes to the Proceeds of Crime Act, the SIA will independently be able to consider the potential for restraint and confiscation on a wider number of investigations. We’re now recruiting new specialist financial investigators who will strengthen our ability to investigate any criminal activity which could impact on the regulatory effectiveness of the private security industry.”

In conclusion, Humphries stated: “The risks associated with breaching private security regulation are now more severe than ever. Alongside potential convictions and licence removals, the likelihood of losing property as a result of offending is far greater.”

Funds recovered under the Proceeds of Crime Act 2002 are returned to the public purse, with a percentage awarded to investigating bodies by way of funding further investigations.