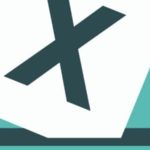 All General Election 2019 candidates are being issued with guidance to help them respond if they experience intimidatory behaviour or abuse during the ongoing political campaign that culminates with Ballot Boxes closing around the nation on Thursday 12 December.

‘Guidance for Candidates in Elections – When It Goes Too Far’ provides advice on the actions or behaviours that could constitute a criminal offence, when to contact the police and practical steps candidates can take to protect themselves. The advice offered has been jointly developed by the National Police Chiefs’ Council (NPCC), the Electoral Commission, the College of Policing and the Crown Prosecution Service and is forming part of the official candidate packs issued by the Cabinet Office.

Police forces have also geared up to provide a tailored response to candidates including providing security briefings and assigning senior single points of contact for candidate security. The NPCC will oversee reports and incidents at the national level.

The Parliamentary Liaison and Investigation Team, a national unit established by the Metropolitan Police Service following the tragic murder of Jo Cox, will be providing its expertise to local forces and election leads. 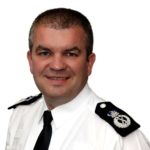 NPCC chair Martin Hewitt said: “As is the case with every election, the police will work to prevent and detect crime and enable the democratic process to proceed unhindered. We take this role extremely seriously. Abuse or intimidation of candidates in elections has serious implications for individuals and for our democracy. The practical guidance issued will help candidates stay safe on the campaign trail. All police forces will offer security briefings for candidates and have a senior officer responsible for this.”

Hewitt went on to state: “Strong and varied views are the mark of a healthy democracy, but these should not cross the line into criminal abuse, harassment or disorder. There are serious penalties for those who are found guilty of criminal offences. We’re not going to tell anyone to limit their campaigning or enthusiasm in any way, but we are taking precautionary steps ourselves and providing sensible advice to candidates.”

The guidance gives candidates information about potential offences such as criminal damage, abusive or threatening behaviour, harassment, stalking, hate crimes and election-related criminality such as false statements against a candidate’s character. 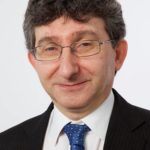 *to keep records of any intimidating behaviour or abuse

Candidates are also warned of potential signals that behaviour could be escalating – ie threats of imminent violence, fixated ideas or release of personal information not already in the public domain – and to immediately call 999 in an emergency.

Electoral Commission CEO Bob Posner observed: “It’s vital that all parties and campaigners comply with election rules and campaign responsibly. Robust political debate is part of a healthy democracy, but sometimes things can go too far. Intimidating and abusive behaviour have no place in our political system. We will work closely with the National Police Chiefs’ Council, the Crown Prosecution Service and the College of Policing to provide all candidates with the support and guidance they need to stay safe during this General Election campaign.”