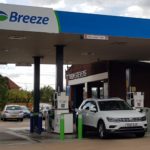 The boss of a security business that specialises in forecourt technology to prevent criminal ‘drive-offs’ has called for calm in the growing row between the fuel industry and the police over the rise in bilking offences. Trevor Wallace, managing director of Metro Security, told Risk Xtra the discourse had been reduced to a ‘binary’ argument that was fuelling a stand-off between two sides that should be working in collaboration to cut fuel crime which is now costing no less than £30 million each year.

Wallace, whose software and hardware integration business provides technology solutions for both manned and unmanned forecourts, said: “This is a complex issue that requires a more considered discussion between the police and the fuel industry. You cannot simply reduce it to a binary issue.”

Wallace was responding to a police chief who has blamed petrol station owners for fuel thefts after it was revealed just two out of 255 incidents in his force area across 2018 resulted in charges. His comments came after a Freedom of Information request by The Matlock Mercury found that thousands of fuel thefts from petrol stations in Derbyshire were going unpunished.

The Freedom of Information request revealed that only 211 charges have been brought from 4,012 drive-offs in the last ten years. Of the 255 fuel thefts from service stations in Derbyshire up until September last year, only two charges had been brought. 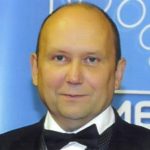 Detective Chief Superintendent Mark Knibbs said: “The theft of fuel is a clear illustration of the dilemmas facing police forces in making decisions on where we place our limited resources. This type of crime is wholly preventable if stores adopted a pre-payment model for customers purchasing their fuel. This is something that’s been implemented successfully at many petrol stations in the county. As a force, we will continue to focus our resources on protecting vulnerable victims and on tackling the most serious criminality. However, on occasions where a criminal investigation is necessary and proportionate, we can and will prosecute people in relation to the theft of fuel.”

Simon Cole, the National Police Chiefs’ Council’s lead on local policing, said the industry could design-out ‘bilking’ in 30 seconds by making people pay up front, as they do in other countries. However, he said forecourts were reluctant to make the move “because the walk into the shop is part of the business offer”.

Cole’s comments were criticised by the Petrol Retailers Association (PRA), which said retrofitting petrol pumps to take card payments at an average filling station would cost £20,000, with some industry experts putting the cost higher still.

“Instead of ‘victim-blaming’ petrol retailers, the police should be honest that they are struggling to deliver their commitment to reduce crime,” said PRA chairman Brian Madderson.

Trevor Wallace said: “We can provide solutions for manned and unmanned forecourts so we’re agnostic on this argument. However, this is a much more nuanced issue that requires careful consideration and collaboration rather than simply attacking the other party’s position. There has been too much of that in recent political discourse.” 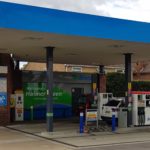 Wallace agrees with the PRA’s view that the Government could empower responsible businesses to enforce the law where the police are too overstretched to intervene. “A solution that gives petrol retailers electronic access to the DVLA’s Vehicle Keeper database, such that they can pursue drive-offs through the civil courts and ease pressure on the police, could work as there’s precedent in the retail sector where stores employ civil recovery proceedings for shoplifters in order to regain the value of the items involved. This could assist overstretched police forces, but doesn’t close the door on many mainly rural forecourts where trade through the store helps both the business and the community.”

Fuel crime spiked earlier in 2018 when the British Oil Security Syndicate’s Crime Index recorded its biggest ever rise in non-payment since the benchmark was launched in 2015 – rising from 97 to 104 points compared to the previous quarter where the trend had been consistently down over a two-year period.

“Conversely, we’ve seen a lot of interest in the pay at the pump solutions where we monitor re-fuelling, and even talk to drivers 24/7 remotely,” observed Wallace.

Drive-offs have risen from £26 million to £31 million per annum in the last six years, according to the PRA, and there’s a persistent percentage of incidents where payment is never retrieved or the offenders taken to task.